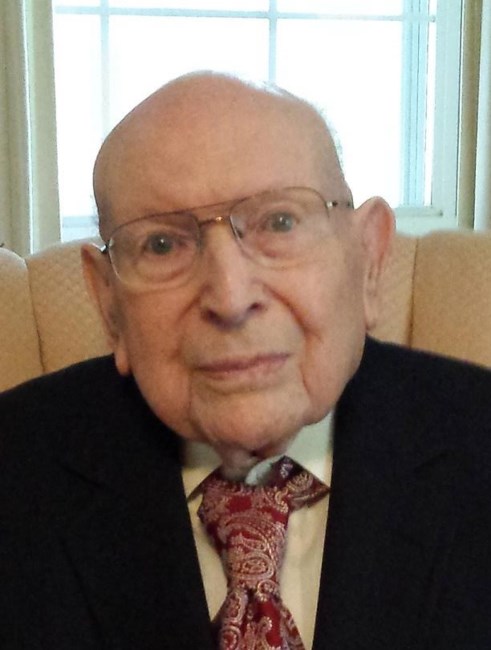 James Cecil Cornelius, 92, passed away on August 25, 2018 at Atrium Medical Center – Union. Born March 22, 1926 in Norwood, North Carolina, he was the son of Rev. Henry Roy Cornelius and Lena Setzer Cornelius. As the son of a Methodist itinerate preacher, he grew up in various communities throughout the Western North Carolina Conference of the Methodist Church. After graduation from Benton Heights High School, he was drafted at the age of 18 into the U.S. Army. He served in Germany, France and Czechoslovakia during WW II. For many years he owned and operated Waxhaw Cleaners and later worked as Sanitation Supervisor for the City of Monroe. He was married to Doris Hill Cornelius for sixty years and devotedly cared for her during her years of illness. Mr. Cornelius was a Life Member of the Monroe Civitan Club and a member of Central United Methodist Church for almost 70 years. He is remembered as a kind, gentle and humble man of faith. Mr. Cornelius is survived by his daughter, Mrs. Jane Creech of Salisbury; a grandson, Mr. Joseph W. Creech and wife, Nikki and great-granddaughter, Matalyn Creech of Arlington, Virginia. He is also survived by his sister, Mrs. Mabel Chilton of Statesville; sister-in-law, Coleen Hill of Monroe and a number of nieces and nephews. The family expresses deep gratitude to Mable Glenn and Tina Glenn who have lovingly assisted him and his family for many years. The funeral service will be held in the chapel of Central United Methodist Church at 11:00 am on Wednesday, August 29, 2018. Burial will follow at Lakeland Memorial Park. Memorial may be made to Central United Methodist Church, Monroe, NC. The family is being assisted by McEwen Funeral Home of Monroe.
VER MÁS VER MENOS