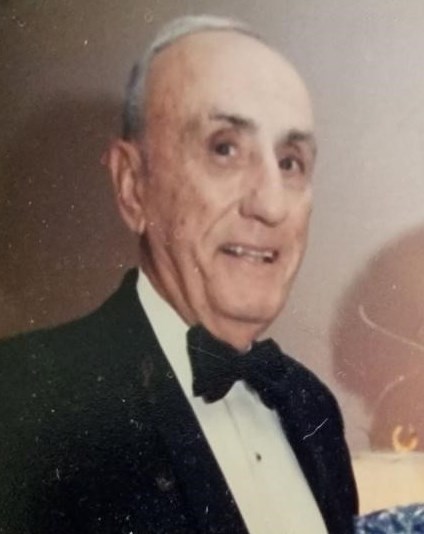 Norman Eugene Anseman, beloved husband to the late Adele Weigand Anseman, passed away on September 19, 2022 at over 100 years old. He is survived by his three children, Linda Bergez, Dr. Norman Anseman Jr., and Patricia Stakenborghs. He was a loving grandfather to 7 grandchildren and 11 great grandchildren. He and his wife Adele shared a love of golf, and traveled extensively to play on some of the world’s most famous courses. Norman could be found on the golf course at Metairie Country Club even into his nineties. Norman was a member of the United States Marine Corps and served as a Naval Aviator from 1942-1965. He was a former president of National Food Products (Luxury Pasta) and served on many grocer’s associations in the South during his career. Norman was a past president of Metairie Country Club, Marine Corp Reserve Officers Association, and several other civic associations. He was a member of the Krewe of Hermes for over 40 years and had fond memories of parading and masquerading. Norman was also a member of the Linwood Lodge #167 F & A.M. A special thanks to the caretakers from Hospice Associates, and the nurses and staff at St. Joseph’s of Harahan for their care and concern for Norman. A visitation for Norman will be held Thursday, September 22, 2022 from 1:00 PM to 2:00 PM at Lake Lawn Metairie Funeral Home, 5100 Pontchartrain Blvd., New Orleans, LA 70124, followed by a funeral service from 2:00 PM to 3:00 PM. In lieu of flowers, please send donations to the Foundation of East Jefferson General Hospital, of which Norman was a Keystone Society Member. Foundation of East Jefferson General Hospital 4200 Houma Blvd, Metairie, LA 70006.
VER MÁS VER MENOS