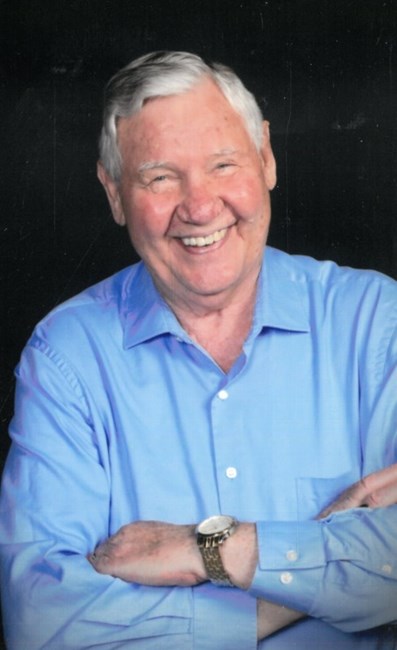 Our beloved Sigurd Nordvoll passed away in the arms of his wife, Judy, on May 15, 2022 at the age of 84. Sigurd was born in Sortland, Norway in 1937 and worked most of his life on the sea as a merchant marine. From the age of 16, to 1983, he rose to the rank of First Officer and Navigator on ships sailing all over the world. After moving to New Orleans for his marriage to Elizabeth “Liz” McIntosh, he worked for Crescent Materials Services until her death and his retirement in 1997. Sigurd was long-time member and supporter of the Norwegian Seaman’s Church and Lakeview Presbyterian Church where he served as an Elder. He particularly enjoyed exploring various religious topics in the adult Sunday school classes. In his retirement, Sigurd pursued many hobbies: he was an avid duplicate bridge player with his wife, Judy, achieving the rank of Ruby Life Master in the American Contract Bridge League; he was a long-time member of Toastmaster’s International; for many years, he attended ballroom dancing Wednesday and Sunday nights at Jefferson Orleans North; a life-long learner, Sigurd took classes at UNO in history, religion and philosophy; and during his last years, he and Judy watched DVDs every day on such topics as the Vikings, European/ Asian History and Philosophy. He, also, kept up-to-date on “Hagar the Horrible”. A man of compassion, wit, and never-ending curiosity, Sigurd is loved and admired by so many. He will always be in our hearts. Sigurd is preceded in death by: his parents, Bjarne and Ruth Nordvoll; his two sisters, Jorunn Nordvoll and Anne Sofie; his first wife, Elizabeth “Liz” McIntosh Nordvoll; and his sister-in-law, Terry McIntosh. He is survived by: his wife, Judy; his brothers, Bjorn Nordvoll (Leila) and Einar Nordvoll (Ingrid); his brother-in-law, Tommy McIntosh (Chris); his sisters-in-law, Jeanie Kuhn (Kenny) and Kim Nicholas (Ron); and his many nieces and nephews. All friends and family are invited to attend services at Lakeview Presbyterian Church at 5914 Canal Blvd., New Orleans, 70124 on Wednesday, May 25th 2022 at 1:00 p.m. Visitation will be held from 12:00 noon until the start of the service. The family invites you to share your fond thoughts, memories, and condolences online at www.lakelawnmetairie.com
VER MÁS VER MENOS