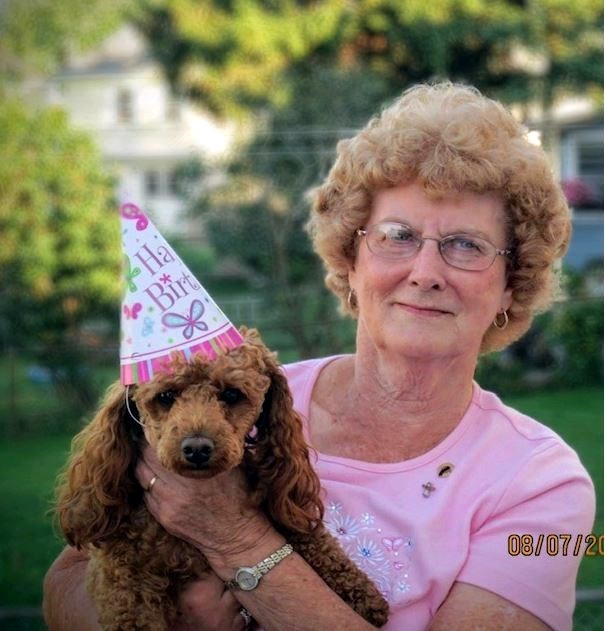 Funeral services for Barbara A. Ferguson, age 83 of Ogdensburg, will be held at 1:00pm on Tuesday (Aug 2, 2022) at the Fox & Murray Funeral Home with Rev. Marti Weitz officiating. Entombment will follow at Foxwood Memorial Park. Calling hours will be held also on Tuesday at the funeral home from 11:00am until the time of the service. Mrs. Ferguson passed away on Wednesday (July 27, 2022) at Crouse Irving Hospital in Syracuse with her children by her side. Surviving are three daughters, Susan (Scott) Montroy, Christine (Steve) Fisher and Julie (Bryan) Trombly all of Ogdensburg; grandchildren Andrew (Gena) Fisher, Eric (Alicia) Trombly and Kyle Trombly & his companion Kayla Thompson; great-grandson Isaac Trombly; a sister Norine Nastasi of Schenectady and her special dog Ginger. Barb was predeceased by her husband Kenneth on December 11, 2021; a sister Geraldine Cassibo, a nephew George Smith and a brother-in-law Sal Nastasi. She was born on October 26, 1938 in Potsdam, a daughter of the late George & Marion (Tracy) Smith. She graduated from Ogdensburg Free Academy and later married Kenneth L. Ferguson on June 15, 1957. Barb worked at the St. Lawrence Psych Center, Resin Sands and most recently Wilder Forsythe where she was a bookkeeper for the past 33 years. She enjoyed shopping, playing cards, spending time with family, jumble puzzles, watching grandchildren’s sporting events, her camp on the St. Lawrence River and she was an avid NY Yankee fan. Memorial contributions can be made to the St. Lawrence Valley SPCA, 6718 SH 68, Ogdensburg, NY 13669. Condolences and fond memories can also be shared online at www.foxandmurrayfuneralhome.com.
VER MÁS VER MENOS