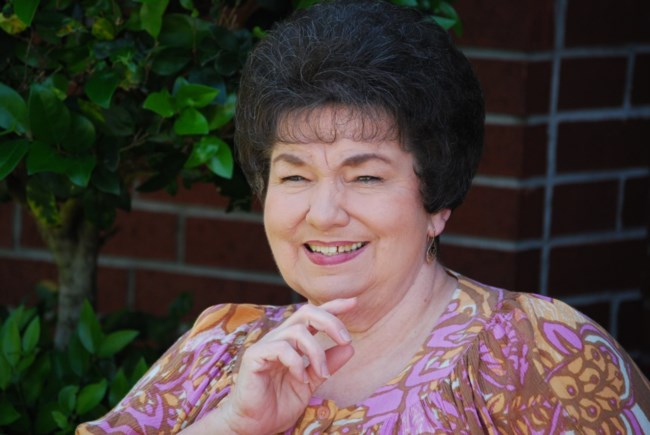 Lana Davis was born May 31, 1945, to Mary and Newton Lary in Pasadena, Texas. Lana contracted polio at age 5 and spent the rest of her life on crutches or confined to a wheelchair, but polio might have hampered her body, it never could touch her soul or her smile.

While others might have been slowed down by this type of illness, Lana never stopped living her life to the fullest. There are those people who might have quit trying and quit doing, but polio made Lana a fighter and a survivor who never gave up or gave in. Lana faced all of her challenges with bravery, dignity, tenacity and that contagious smile.

She met her best friend and soulmate, John on Mother’s Day in 1971. A few short months later they were married and recently celebrated their 50th wedding anniversary. Together John and Lana wrote a love story that few others have ever truly experienced.

Lana never allowed her illness to define her. Instead, Lana will be remembered for her amazing smile, that sparkle in her eyes and her positive attitude but most of all by her love and commitment to her friends and family.

She is survived by her husband John and her son Michael. She also leaves behind her younger sister, Donna Lumpkin, niece Jennifer and her husband Richard, nephew Lary and his wife Erin. Plus their children that she treated like her own grandchildren, Emery, Zachary, Landry, Abby, Caleb and Allissa.