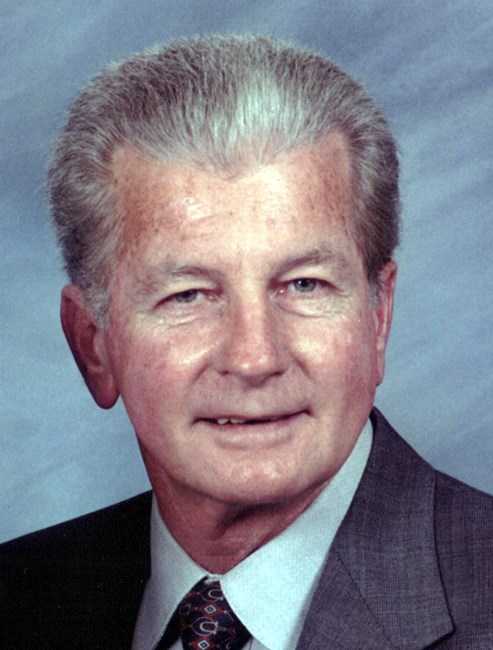 Leonard Joseph Breaux, 87, a native and resident of Pierre Part, LA passed away on Saturday, July 30, 2022. He was born on August 9, 1934 Leonard was a loving husband, father, grandfather, great grandfather, brother, and friend. He enjoyed spending time and traveling with his family and playing golf. He graduated from LSU with a Bachelor's degree in business. Leonard later opened his own Marine business called Breaux and Daigle Marine. He was a Grand Knight in the Knights of Columbus and Co-Founder of the Pierre Part Volunteer Fire Department. Leonard was a devout Catholic who cherished his faith and was a parishioner of St. Joseph the Worker Catholic Church where he was a lector/commentator and usher. He leaves behind to cherish his memory his wife of sixty-eight years, Ruby Boudreaux Breaux; four children, Darwin Breaux (Susie), R.P. Breaux (Betty), Paula Bergeron (Ricky), and Barry Breaux (Sherry); eight grandchildren, Candice Breaux, Heather Lutz (Mike), Evan Bergeron, Heidi Knaub (Devin), Stefan Bergeron, Maxwell Breaux (Megan), Chelsie Bergeron, and Seth Breaux; three great grandchildren, Annelise Breaux, Evie Lutz, and Asher Breaux, and one sister, Roberta Daigle. He is preceded in death by his parents, R.P. and Odette Breaux. A visitation will be held at Ourso Funeral Home in Pierre Part, LA, on Tuesday, August 2, 2022 from 8:30am until Mass of Christian Burial at 1pm at St. Joseph the Worker Catholic Church with an interment to follow in the church mausoleum. The family would like to thank Bridgeway Hospice, Haley Bourgne, Liz Frank, Chasity Stewart, his sitters, and Fr. Al Davidson for their care and support. Fond memories and expressions of sympathy may be shared at www.oursofhpierrepart.com for the Breaux family.
VER MÁS VER MENOS