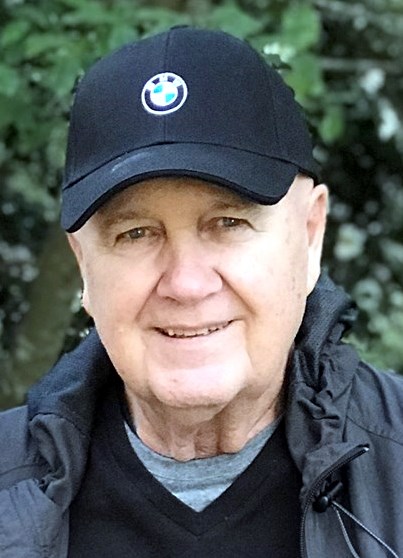 Newton "Butch" Joseph Landry passed away at his home surrounded by his family on Sunday, August 21, 2022. He was a native and resident of Pierre Part, LA. He was a loving father, grandfather, brother, uncle, and friend. Butch was a successful businessman and proud owner of Cajun Land Realty. He was a long-time member of The National Association of Real Estate Appraisers, The National Association of Realtors, The Bayou Board of Realtors, The Greater Baton Rouge Board of Realtors, and was a board member on The Louisiana Real Estate Appraisers Board. Butch had a passion for spending time with his family, being on the water, and dancing any chance he could. He was active in and contributed to his community through donation and service. He was a member of the Knights of Columbus, founder and Scoutmaster of BSA Troop 555, and a member of St. Joseph the Worker Steering Committee. Butch leaves behind to cherish his memory his three children, Kristie Landry Overstreet (Kirby), Dr. Robert P. Landry (Mindy), and Jared J. Landry (Tara); ten grandchildren, Abby Overstreet, Grace Overstreet Wahlen (Daniel), Joseph Overstreet, Wilton Landry, Charlton Landry, Blake Landry, Ryan Landry, Emmarie Landry, Jaye Leigh Landry, and Grahm Landry; four siblings, Linda Breaux (Tookie), Lloyd "Buddy" Landry, Glenn Landry (Tina), and Mike Landry (Janet); and his companion of many years, Patricia "Pat" Robichaux. He is preceded in death by his parents, Mitchel and Lucy Landry; one sister, Lois Mabile and her husband, Jessie; and sister-in-law, Ceola Landry. Pallbearers are Wil Landry, Charlie Landry, Joseph Overstreet, Grahm Landry, Blake Landry, Ryan Landry, and Daniel Wahlen. Honorary pallbearers are: Buddy Landry, Glenn Landry, and Mike Landry. The family would like to extend their thanks and appreciation to his devoted and compassionate caregivers. A visitation will be held at Ourso Funeral Home in Pierre Part on Tuesday, August 23, 2022 from 9am until Mass of Christian Burial at 1pm at St. Joseph the Worker Catholic Church in Pierre Part. Fond memories and expressions of sympathy may be shared at www.oursofhpierrepart.com for the Landry family.
VER MÁS VER MENOS