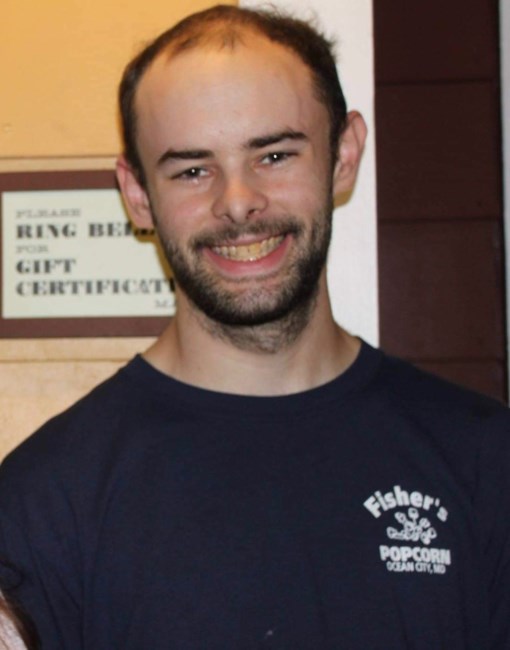 Andrew Christopher Wootten passed away peacefully on September 7, 2022 with his parents by his side. Born on September 12,1991 in Salisbury, Maryland, Andy was known throughout his life for his positive spirit and kind heart. In his earlier years he was a member of the Boy Scouts of America Troop 149 - Bethesda Methodist Church, the East Wicomico Little League, and the Junior League All-Stars of 2006. His later interests expanded into music, gaming and sports, but baseball remained his passion. Andy started working for Fisher’s Popcorn in the summer of 2008 on Ocean City’s Boardwalk and graduated from Wicomico Senior High School in 2009. While he went on to earn an Associates degree from Wor-Wic Community College, Andy had already determined that Fisher’s Popcorn was one of the best companies on the Eastern Shore. He remained working as a manager and loved the Fisher family and friends who supported him throughout his career. Surviving Andy are his parents, Oliver and Ann Wootten, his grandmother, Cecelia Bobo, his brother, Bill Wootten and his brother’s partner, Lorian Jones, all of Salisbury, MD, his uncle and aunt, Lee and Elaine Bobo of Mechanicsville, VA, his uncle and aunt, Al and Ida Lee of Charlottesville, VA, aunt, Allison Adams of Salisbury and numerous loving cousins. A Celebration of Andy’s Life will be held at a later date.
VER MÁS VER MENOS