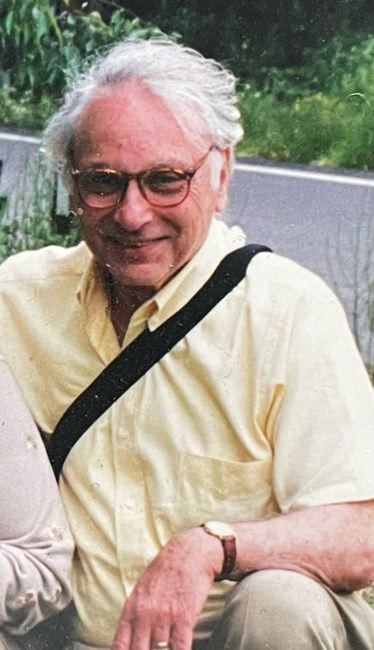 Dr. Richard Michael Kotler, loving and caring husband, father, grandfather, and friend, passed away peacefully on July 26th. He is survived by his wife of 35 years, Helen Ann Kotler, his children and their spouses – Amy Hunter and her husband, Paul; Joseph Kotler and his wife, Kristin; Jeffrey Gartzman; Debra Gottlieb and her husband, Robert – his 6 grandchildren – Cameron Hunter; Nolan, Tyler & Olivia Gartzman; Jon & Alex Gottlieb – as well as his beloved dog, Lucy. He was born in Trenton, NJ on October 31, 1933, to Dr. Samuel Kotler, also a career dentist who taught orthodontics at NYU, and Ruth (Zaitz) Kotler. He loved growing up and working on his family’s large dairy farm in Hightstown, NJ which provided milk to the local community and cows to smaller dairy farms in the greater central NJ area. It also nurtured in him a great love of all animals and nature, and an appreciation for the value of hard work. After attending The Peddie School, Dick received his undergraduate degree from Lafayette College and his DDS from the University of Pennsylvania School of Dental Medicine. Subsequently, he served in the United States Air Force as a Captain. Following his military service, Dr. Kotler was a well-known, highly regarded dentist in private practice in West Hartford and Bloomfield, CT for 40 years. He was adored by his staff whom he employed for most of their careers until he retired. In his semi-retirement years, Dick capped-off his 50-year dental career at the New Britain Hospital for Special Care in Connecticut, and then at the V.A. Hospital in Atlanta and Fort Benning, Georgia. As lifelong residents of the Northeast, Helen and Dick lived together in Farmington, CT for 16 years until they relocated to Atlanta in 2004. They quickly adapted to and embraced their new life in Georgia – working, socializing, and developing many wonderful friendships. Beyond his many professional accomplishments, Dick was a very talented artist – photographer, painter, sculptor, and poet. He appreciated and enjoyed theater, music, and dance, the latter of which was on full display when Dick and Helen won a Lindy Hop contest in Montreal on New Year’s Eve circa 1999. In addition to Canada, Dick’s travels with Helen to Europe, Israel, and across the U.S. were exciting and rewarding. He was devoted to the teachings of Torah and the ideals of Judaism, observing and honoring Shabbat and all Jewish holidays, while maintaining a kosher home. Dick was also very charitable, especially with many Jewish, humanitarian, and Veterans organizations. More than anything, Dick loved spending time and building a life with his wife, Helen, with whom he shared a wonderful marriage, and with his children, grandchildren, many close cousins & friends, dog Lucy, and predeceased dog, Snoopy Ann. Dick was a man of great character – honest, fair-minded, intellectually curious, and deeply caring. He was a big baseball fan, rooting for the Boston Red Sox since childhood and then also his hometown Braves after moving to Atlanta. Dick was well-known for telling silly, corny jokes which made everyone smile (and occasionally groan). He had a warm and gentle heart, was loved immensely, and will be sorely missed. His memory will always be a blessing. To honor him, donations may be made to Jewish Family & Career Services, The Temple, or any Veterans organization.
VER MÁS VER MENOS