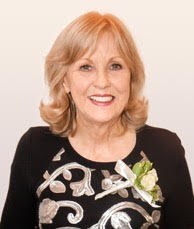 BOTHELL, WASHINGTON—Julie Lynn (Shubic) Monson, 70, a loving mother, sister and aunt, lost her short but courageous battle with lung cancer on the evening of Sunday, January 1, 2017. Born on September 1, 1946 at Swedish Hospital in Seattle, Julie graduated from Roosevelt High School in 1964. After high school, she worked for a local photographer and was frequently hired to model for their clients. She later worked for Honeywell soldering circuit boards and wiring the sonar heads of torpedoes for the U.S. Navy. In 1968, she married Frederick Monson, and 9 years later had the first of two daughters. Tragically, in 1984 she lost her husband in a plane crash in Alaska and became a single parent. Julie adored her children, peach pie, animals, baking, reading, gardening, and the study of naturopathic medicine. She was fiercely independent, took risks, fought hard and accomplished a great deal. While she was set in her ways and could be amusingly ornery, she had a generous and loving spirit and was considered a second mother to many. She gave selflessly to those she loved and respected and will be greatly missed. Julie is survived by her daughters, Denae Monson and Junell (Jay) Haviland of Seattle, her sister Patricia Jazbec of Seattle, and several nieces and nephews. She is preceded in death by her husband, Frederick Monson; her parents, John and Nell (Smith) Shubic; her sister, Shirley Hill and her brother Jack Shubic. Julie will be interred at Acacia Memorial Park. At her request, no service will be held. In lieu of flowers or condolences, the family encourages you to be good to one another and perform unsolicited acts of kindness. Arrangements under the direction of Acacia Memorial Park & Funeral Home, Seattle, Washington.
VER MÁS VER MENOS