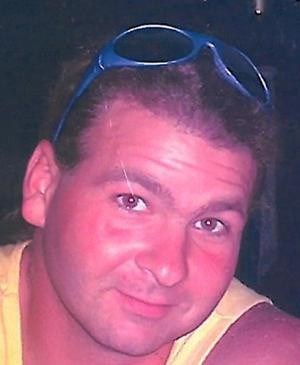 Dee. L Hodges, 39 of Shawnee, passed away Sept. 21, 2010, at his home. A native of Shawnee, Dee enjoyed playing baseball and football as a kid. However, he found his true passion while in high school when he learned to play the guitar and drums. He was a founding member and bass guitar player for the band 36 Inches. He also enjoyed fishing, camping up near Stroud, spending time with his grandpa at his pond, spending time with his family, but most of all he enjoyed living life to the fullest claiming to be the “Best looking guy in Oklahoma City.” He is survived by his parents, David and Diann Hodges; grandmother, Lodema Mahurin; grandfather, John Florer and wife Martha; son, Nick Larson; brother, Bill Hodges and wife Angi; two nieces, Shai and Hope Hodges; nephew, Cole Hodges; numerous aunts, uncles, cousins, and close friends Eddie and Ruby Carter, Tim Babbitt and his sister Angela and David Weeks and too many other friends to count. Services will be at 10 a.m. Friday, Sept. 24, 2010, at New Beginnings Church with burial to follow at Lamar Cemetery in Lamar. Services are being handled by Resthaven Funeral Home. Online condolences may be left at www. resthavenfh.com.Arrangements under the direction of Resthaven Funeral Home, Shawnee, OK.
VER MÁS VER MENOS