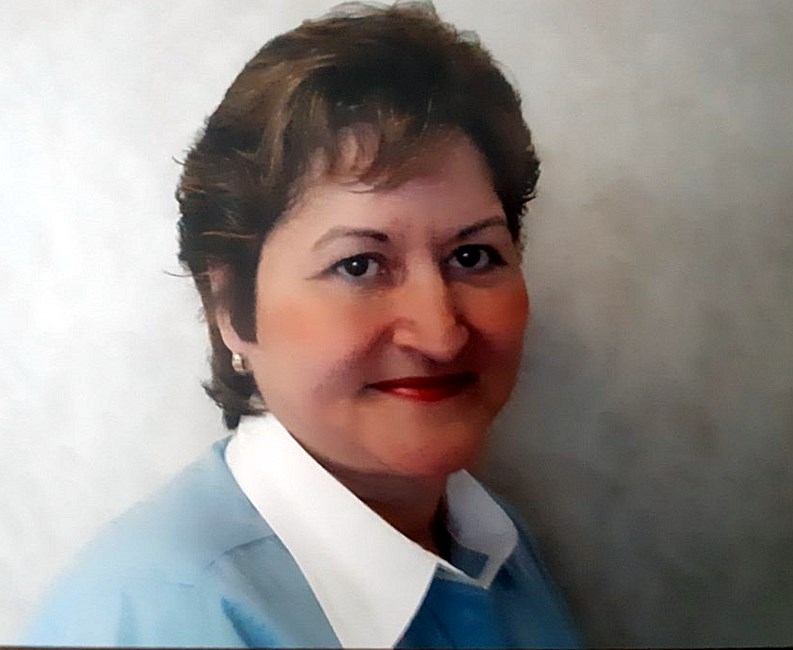 Rosie M Vivas, 66, peacefully passed July 8th, 2019 from fighting cancer for over 10yrs.She was able to celebrate her last birthday with her loving family on June 21,2019. Her family and friends made sure to surround her with love and celebrate one of her last birthdays on earth the best way they knew how. They gave her a surprise birthday party. Rosie was a women that showed everyone she cared for them by giving love and affection. All she wanted in life is to always be surrounded by her loved ones.She had a huge heart and was willing to share it with the world. Born in Havana, Cuba on June 21,1953 she eventually made it to the United States when she was 8 years old. She was separated from her mother and lived with cousins,aunts and uncles in Hollywood Florida. She loved the sound of the Piano and was determined to learn to play. She studied for about 4 years until 1969. She then became the teacher of piano until 1972. During the same year she graduated from South Broward High School in Hollywood, Florida. She went on to get her Bachelors of Music from Wayne State College in Wayne, Nebraska in 1977. Still full of adventure and ready to see the world, she moved to the Big Apple that same year. New York always held a special place in her heart. She would say " New York was in my Blood". She loved everything about it especially the fast paced City life. After 5 fantastic years in New York she made her way back to Florida where she spent the remainder of her life. She spent the majority of her career working for Laboratory Corporation of America. She was responsible for recruiting new accounts for the company and maintaining the accounts. Also worked at the Better Business Bureau as an Accreditation Specialist. However, her search for knowledge did not stop there. She was also a Real Estate agent and a Public Notary. Rosie was always full of life and love. One of her biggest accomplishments was when she met the love of her life in 1988 at a friend's party. They started off as friends first and eventually it turned into a partnership that lasted 26 years. One would say that destiny brought them together. Not only did she gain a partner, she gained an entire family. She played a huge part in helping raise their 3 wonderful boys.Sharing her love was such a blessing to the family. She is survived by her domestic partner Margarita Alvarez, her 3 son's Francisco, Reynaldo, Gilberto and their families. She is also survived by her brother, Robert Ruiz and Family. A funeral is not scheduled due to Rosie's final wishes. She would always want you to remember to celebrate life because tomorrow is never promised. Never forget to fight no matter what life throws your way. Donations can be made to Trust Bridge of Palm Beach County in Rosie M Vivas' name.
VER MÁS VER MENOS