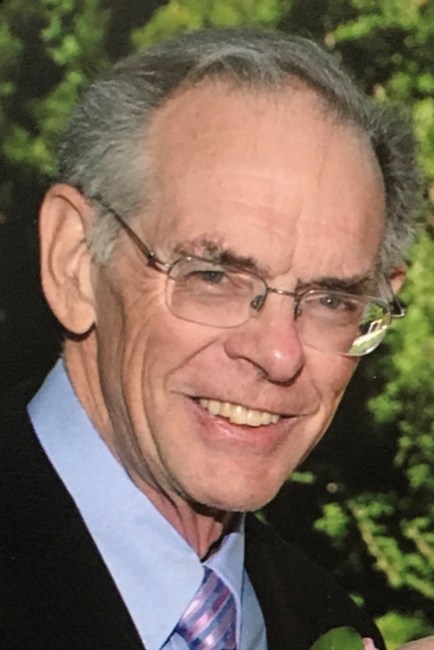 John was born May 30, 1941 in Buffalo, New York to Edwin Charles Henry and Rosella Belle Reynolds (maiden). He is the oldest of four; his siblings are sister Barbara, and brothers Don and Jack. John grew up in cold and snowy upstate New York and spent summers at their lakeside cabin on Lake Belmont in Canada. John graduated from Denver University with a degree in Chemical Engineering in 1963. His first job out of college was working with Gulf Oil in Port Arthur, Texas where he met and married Tess. During his time in Texas he was active in the Baptist church. He was later transferred to Pittsburg, Pennsylvania where he spent much of his free time with the American Youth Hostels canoeing, hiking, bicycling, skiing, and rock climbing. At that time John welcomed with joy his first child, Brian, into the world. Later, John moved to Denver, Colorado where he became a proud father of his second child, Jennifer. John remained in Colorado the rest of his life. He continued his passion for the outdoors, often taking his children backpacking, camping, and skiing; as well as returning several times to a favorite place to canoe in Algonquin National Park in Canada. John later added to his hobbies, learning wood carving and completing many beautiful works of art including ducks and hummingbirds. He also learned to pilot a small plane, taking trips to Texas and Boulder. John’s career eventually turned to software engineering where he worked for several different companies as well as spending many years working for the federal government. At home he was often found reading a thick volume of the latest program coding book. Later in life John became a happy grandfather who was adored and an important part of special holidays and events. In his mid-life John met his lifetime companion, Ana, whom he spent time traveling to other parts of the world including Peru, Turkey, China, and others; enjoying the customs and food. He also built loving relationships with her children Carla, Ana, and Stephen, grandchildren, extended family, and friends. John also spent many years as a Rotarian and was eventually named a Paul Harris Fellow “in appreciation for his significant assistance given for furthering friendly relations among people of the world.” John was best known for his patient and quiet ways, and his lifelong passion for the Colorado Mountains. He is remembered dearly by his family, friends, and all those who loved him. John is survived by his children, Brian and Jenifer (Leo) and grandchildren Chloe, Jadon, Stacy, Emma, and Avery. He is also survived by his lifetime companion Ana and her children Carla, Ana, and Stephen, as well as grandchildren Luis, Stephanie, Ana Maria, Joseph, Christopher, Perry, and Everett; and great-grandchildren Kenny and Stephen. Also surviving him are his sister, Barbara, brother Don and his wife Laurie along with their children Amelia and Catherine; and brother Jack and his wife Thuy and their children Kathy, Sabina, Anne, Jacqueline, and Victoria. The number of people left to miss John is growing and counting every day. A memorial service for John will be held on Friday, October 14 at 2:00 pm at the Retreat at Solterra in Lakewood, Colorado with Father David Allen of Christ on the Mountain officiating. Flowers are much appreciated and may be sent to Retreat at Solterra at 12:00 pm on the day of the service-15250 W Evans Ave, Lakewood, CO 80228.
VER MÁS VER MENOS