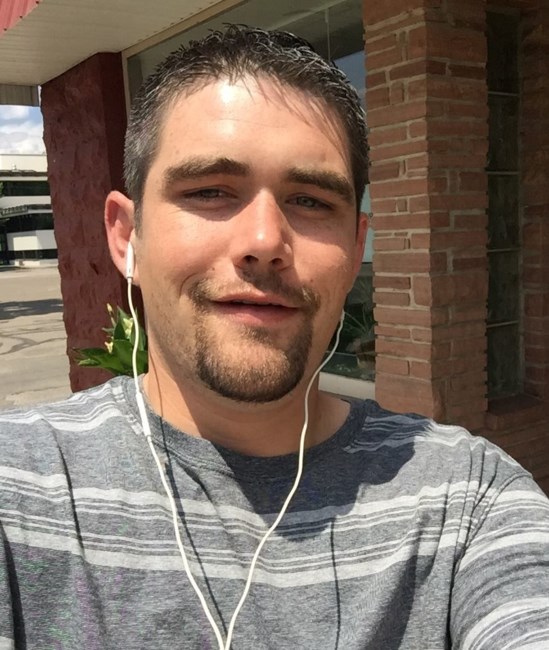 It is with broken hearts that the family of Steven Scott Hargis announce that he was tragically taken from this life, on Friday, September 18, 2020, at the age of 27 years, in Lakewood Colorado. Steven was born on November 26, 1992 to parents Katherine A. Brophy and Clarence Hargis, in Visalia, California. Steven was raised in both Pahrump, Nevada and Lakewood, Colorado by his mother and stepfather, Kathy and Ken Wilson, as well as his father and stepmother Clay and Jessica Hargis. Steven was a beautiful soul that had a zest for life from a young age. He kept his family on their feet with his active and “a bit mischievous” antics. Steven loved to sing and often entertained his family by singing everything from Twinkle, Twinkle Little Star to American Woman. As a toddler he had a mysterious “country twang” that stood out when he sang. He carried his love for music into adulthood and would sing along to any song playing, often belting out tunes in the car with his mom. Steven was “just a big kid”, both physically and at heart. He grew to be a whopping 6’6”,taller than his parents, perhaps due to his love of milk. He liked it so much it was a challenge to keep the fridge stocked and his mom would joke that it would be cheaper to buy a cow. His favorite was Nestle’s chocolate milk and milkshakes, he would go out of his way to a restaurant that was said to have good milkshakes (his most recent favorite being Steak N Shake in Colorado). Steven loved to cook breakfast (waffles & breakfast burritos) but would notoriously add too much cayenne pepper to dinner and he was the only one that could eat it. Steven loved people and was always happy and joking around. His silly side had him giving “wet willies” to numerous family members, creating funny memes about himself, and making the best out of a snowy day by “going muddin’ “ on his way to work. YeeHaw! Steven’s selfless side had him befriending all, judging none, finding the good in everyone, and helping them anyway he could.His adventurous side loved the Colorado outdoors and all it had to offer. He enjoyed hiking, waterfalls, fishing, camping, watching the Fall leaves change colors, and spending time on any river or lake he found. Most importantly, Steven had a fiercely loving side that he shared with his family above all else. Everyone knew how much Steven loved his family. His grandparents were very involved in his care as a child and Steven claimed his Grandpa Hargis as his best friend. Steven was loyal, kind, and the source of so much laughter and joy for his family. There are countless cherished memories shared with Steven. One favorite is his passion for cars and the time he spent working on his Chevy with his dad, and listening to his song “The Walk” by Sawyer Brown. Another is the special bond he had with his mother over his favorite childhood book, “Love You Forever” by Robert Munsch. “I’ll love you forever, I’ll like you for always, as long as I’m living my baby you’ll be”. Steven will be remembered and so very loved...forever and for always by his parents Kathy and Ken Wilson and Clay and Jessica Hargis, by his sisters and brothers Jenise Hewes, Kaylee Michelle Wilson, and Kaylee Marie, Cody and Tristan Hargis, his grandparents Kenneth Sr and Terri Hargis, William (Bill) Brophy and Ruthie Wilson. Steven will also be greatly missed by his uncles Kenneth Hargis Jr, Jeremy Brophy, Kevin Russell, Charles Russell, Aunt & Uncle Rob & Stephanie Williams of Arvada, CO and by his cousins Ashanti Hargis and Dakota McGuffie, along with numerous great uncles and aunts throughout Colorado, California and Nevada. Steven was preceded in death by his grandmother Beverly K. Russell. “I am with you and will watch over you wherever you go”- Genesis 28:15 Arrangements are being provided under the care of Olinger Crown Hill Mortuary & Cemetery. There are no services scheduled at this time.
VER MÁS VER MENOS