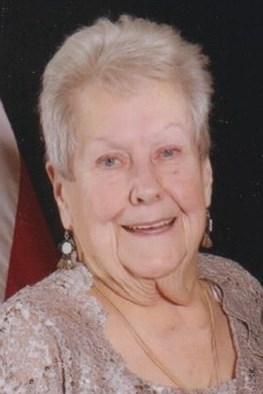 Marian Dorothy Clifton, age 88, of Walled Lake, passed away Tuesday, January 18, 2022, at her home. Left to cherish her memory are her daughter, Ann Clifton; her six grandchildren: Robert, Andrew (Caitlin), Benjamin, Kenneth, Caitlin (Richard), and Maritza; her three great-grandchildren: Ella, Luke, and Jameson; and many other nieces, nephews, and extended family members. Marian was born June 27, 1933, in Olean, New York, the daughter of Mr. & Mrs. Steven and Viola (Brennan) Kranock. Marian met Jim while on a visit to see her brother, Bob, who was attending Kansas State University. Bob introduced the pair and soon they were corresponding the old fashioned way through the mail. They fell in love, and were eventually married on January 31, 1959; sharing fifty wonderful years together until James’s passing on July 24, 2009. Marian worked many jobs over the years. Two stand out as favorites for her, as a Para-professional with the Walled Lake Schools and as a clerk at the 48th District Court in Troy for thirty years until her retirement. Marian was an animal lover at heart, and enjoyed her job as a pet sitter for many years. Strong in her Catholic faith, Marian was a parishioner at St. William Catholic Church in Walled Lake for fifty-one years. In her free time, Marian could be found working on one of her crocheting or sewing projects, tending to her flower gardens, or spending time around animals. She was a wonderful woman who will be greatly missed. Marian was preceded in death by her parents, Steven and Viola; her loving husband, James; her three children: Paul, Mary, and Susan; and her brother, Robert, and his wife, Ann. A funeral service will take place at 10:00 am on Monday, January 24, 2022, at St. William Catholic Church, 531 Common Street, Walled Lake 48390. Marian’s family will receive friends at the Union Lake Chapel of the Elton Black & Son Funeral Home, 1233 Union Lake Road, White Lake 48386, on Sunday, January 23, 2022, from 4:00 pm until 8:00 pm, and again at church on Monday from 9:30 am until the time of service at 10:00 am. A burial will follow at Walled Lake Cemetery. In lieu of flowers, memorial contributions may be made to the Michigan Humane Society.
VER MÁS VER MENOS

In State at Church