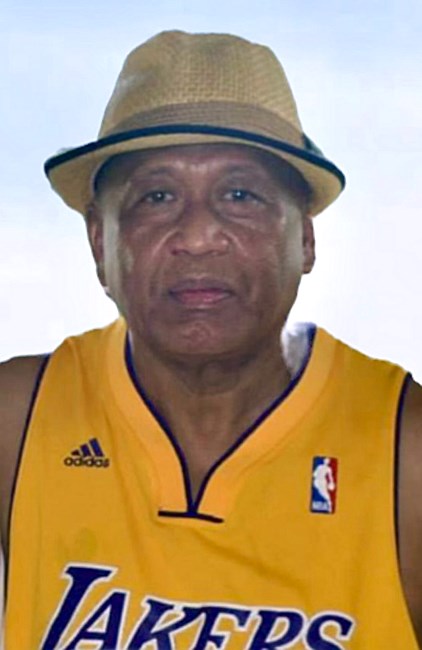 Amador Pallir Robancho Born October 4, 1948 Entered Eternal Rest September 25, 2022 Amador AKA Boy, was born to Filomena & Ponciano in the Philippines. After graduating from high school he came to the United States to reside with his siblings. Here in the U.S. he held several jobs but his specialty was working in the food industry as a chef. In 1974, Boy met Brenda Yasania in Bakersfield California. They married on December 21, 1974 and he became a stepfather to their daughter. Then they went on to have 3 more children. Boy was a huge basketball fan. He would watch any game that was on. He would even watch old classic games during the off season. He enjoyed playing basketball and played for a local team when he was in his 20's. He was a Lakers fan but he was also a fan of distinguished basketball players even if they played for another team. Vegas was one of his favorite places to be. He was a big boxing fan and of course the "Filipino Pride Manny Pacquiao" was his idol. He witnessed Manny's last victory fight live in Vegas with his son Amador Jr. He enjoyed going to the gym. And he loved having bba's and cooking especially for his family. Boy is preceded in death by his parents Filomena and Ponciano, his brothers Norberto and Ernesto. He is survived by his son Amador Jr, daughters Tammy, Pina, and Amanda. 15 grandchildren, 9 great-grandchildren. Brothers Rodolfo, Antonio, and Carlos. Sisters Carmelita and Zenaida. Many nieces and nephews A visitation for Boy will be held Thursday, October 13, 2022 from 6:30 PM to 9:00 PM at St Francis of Assisi, 900 H St, Bakersfield, CA 93304. A rosary service will occur Thursday, October 13, 2022 from 7:00 PM to 7:30 PM, 900 H St, Bakersfield, CA 93304. A funeral service will occur Friday, October 14, 2022 from 10:00 AM to 10:45 AM, 900 H St, Bakersfield, CA 93304. Pallbearers Justin "Junebug" Soto Jr., Jaime Quintana Jr., Justin Bishop Soto, Edgar "Eddie" Cruz Jr. Armando "Bee" Meraz, Jayden "Jaynum" Cruz, Beau Rodriguez, Tommy De Leon Honorary Pallbearers Joel "Baboos" Gastelum, Leonardo "Leo" De Leon, Jonah "Mojo" Gastelum, Kevin Eli Barajas, Abel "Apple" Gastelum, Steven "Sugar Bear" De Leon Fond memories and expressions of sympathy may be shared at www.hillcrestmemorial.com for the Robancho family.
VOIR PLUS VOIR MOINS