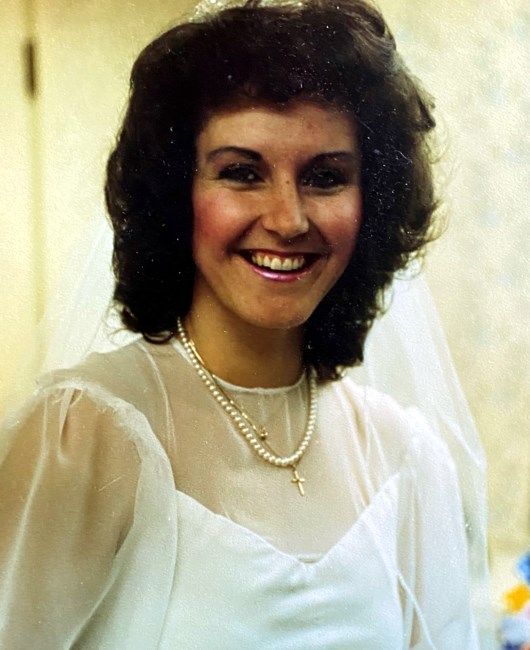 Julia Lynne Wallace was born on Easter Sunday, April 21, 1957 to loving parents James and Wanda Deaton. She was raised in a South Bakersfield home built by her father along with her two younger brothers Bryce and Mark. Lynne attended nearby South High School and graduated in 1975. At the age of 15, Lynne was left to help care for her mother and brothers when her father passed away of colon cancer. While caring for them, Lynne honored her father’s legacy by joining local Masonic youth organization Job’s Daughters. She served in the highest offices and supported the young men’s organization DeMolay as the Sweetheart affectionately known as “Ding Dong Deaton.” Lynne then joined the Order of Eastern Star where she continued to serve throughout her adult life. After a fateful shadowing of a nurse in high school, Lynne decided to begin working at Mercy Hospital Truxton. She worked at Mercy - now Dignity Hospital - for almost 45 years at the bedside, as the House Supervisor, and later as the Director of the ICU. She also worked part time as an adjunct instructor for 4th semester nursing clinical students at Bakersfield College. Lynne selflessly gave her life to nursing; and there is hardly a nurse working in Bakersfield who did not have some sort of professional and/or personal relationship with her. Lynne met Wayne Wallace on a blind date at Chuck E. Cheese in 1986. They married only 7 months later on January 17, 1987. Lynne became a step-mother to Chasity Sharp and later a mother to Morgan and Dakota Wallace as well. They shared countless adventures and memories together. Lynne was diagnosed with colon cancer in early 2019. She fought a hard, 3-year battle with the help of the dedicated professionals at the local CBCC. Lynne found strength in God and in The Church of Jesus Christ of Latter Day Saints. On the morning of August 4th, Lynne lost her battle with cancer in the comfort of her home and surrounded by her family. She is survived by her husband Wayne of 36 years and her daughters Chasity, Morgan, and Dakota. Services for Lynne will be held late next week at the Mormon church on Panorama and at Hillcrest cemetery. For information about how to attend, please contact morganwallace1994@gmail.com. Fond memories and expressions of sympathy may be shared at www.hillcrestmemorial.com for the Wallace family.
VOIR PLUS VOIR MOINS