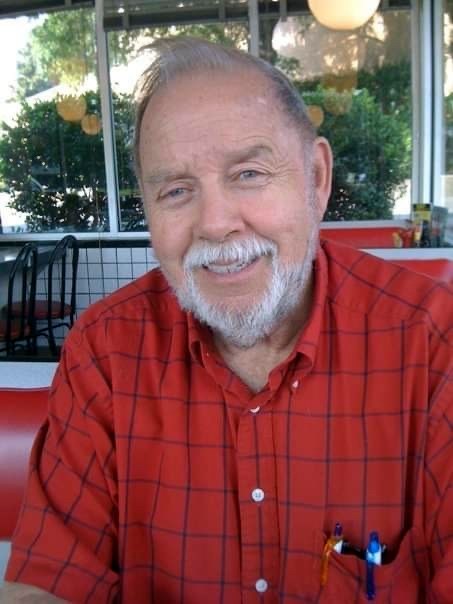 C. Mac Fuqua passed away on January 20, 2022, in St. Simons Island, Georgia. Named for the baseball player, Connie Mac, Mac was born on February 9, 1937, in Brewton, Alabama to Ola and Simon Fuqua. There Mac became an avid hunter and fisherman. A gifted athlete, Mac began playing varsity sports while in seventh grade. He graduated from T. R. Miller High School in 1955. After high school, Mac attended the University of Alabama and Southern Mississippi University. Mac also attended Troy State University, where he was elected Freshman Favorite. Known for his outgoing personality and contagious sense of humor, Mac returned to Brewton to work with his father in his car dealership. While close by in Pensacola Beach, Florida, he met and married his loving wife, Jane. Residences in Mac’s life also took him to Atlanta, Oak Ridge, Tennessee, Orange Beach, Alabama and Dalton and Dawsonville, Georgia. Mac had a life- long sales career working for companies such as Thomas Built Buses, The Yellow Pages, and Bali Lingerie. He also held his real estate and broker’s licenses and worked for Harry Norman Realty in Marietta, Georgia. Mac had a love of people and a comedic personality and had hundreds of friends throughout the southeast. He was a die-hard University of Alabama fan and followed the team for many years. Mac was known for his love of animals, being a father figure to many of his daughters’ friends and his pride in his family. Preceded in death by his parents and wife of 59 years, Jane Boyd Fuqua; he is survived by his daughters, Kelly Snyder (Kent) of Dalton; Kasey Baxter (Danny) of St. Simons; and Connie McCrary (Greg) of Cumming. He had seven beautiful granddaughters: Daughters of Kelly and Kent Snyder: Hannah Snyder Blackwell (Matt) of Tunnel Hill, Annie Kathleen Snyder Sapp (Jake) of Athens and Mollie Snyder of Dalton. Daughters of Kasey Baxter: Alexis Marie Andare (Eddie) of Kennesaw and Taylor Ackman of Sandy Springs. Daughters of Connie and Greg McCrary: Delaney Caroline McCrary and Elizabeth Anne McCrary both of Cumming. Mac also had two great-grandsons, Charlie Mac, son of Alexis, and Campbell Allen, son of Hannah. He also leaves behind his loving cat, Scooby. A private Celebration of Life will be held on February 5. The family requests that any gifts to memorialize Mac be donated in his name to Alzheimer’s Foundation of America or your local Humane Society. Fond memories and expressions of sympathy may be shared at www.edomillerandsons.com for the Fuqua family.
VOIR PLUS VOIR MOINS