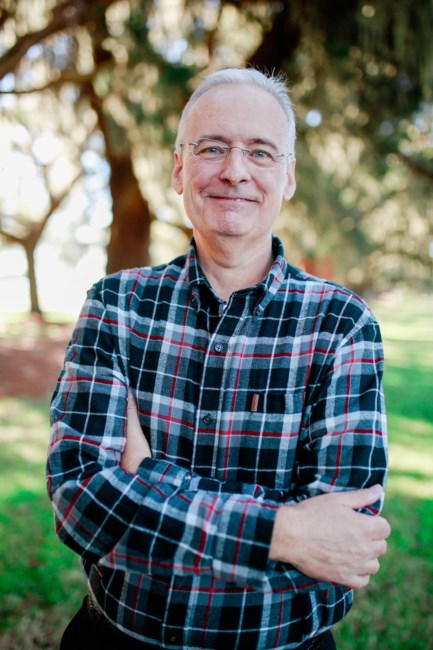 Richard Warren Goeldner II passed into the loving arms of our Lord on May 8, 2022. Rich was born in Waukesha, Wisconsin on November 6, 1964 to Dick and Sally Goeldner. After a wonderful childhood in the Midwest, his family decided to make the warm beaches of Florida their home. Rich grew up in Jacksonville Beach and Ft. Walton Beach, Florida. He graduated from Florida State University and later received his MBA from the University of North Florida. He built a rewarding career as a business appraiser and thoroughly enjoyed his work. He worked for large, international accounting firms and, later, founded and built a successful independent valuation practice. Rich earned multiple valuation designations during his career and gave back unselfishly by frequently speaking, presenting, and writing on valuation topics. He was viewed as a talented teacher and well respected in his field. Rich met his wife Sandi through mutual friends who thought it might be a good match; they were right. Rich and Sandi were married less than a year later in November 1992. He was a wonderful husband and father; his daughter Alex and son Tripp adored their dad. He was also an incredible son, brother, and uncle. Rich moved his family to St. Simons Island, GA in 2006 to be near his sister Julie and her family. Rich was an avid kayaker, fisherman, and sports fan. He loved the Green Bay Packers and the Florida State Seminoles. A strong Christian, Rich dedicated much of his time to the ministries of his church. He never met a stranger. Rich was kind, generous, and a loyal friend. He was a brave man and faced his cancer diagnosis with valor. Rich was predeceased by his father Richard “Dick” Goeldner and father-in-law Alvin Thrun. Those left to grieve his passing include his wife of 29 years, Sandra; daughter Alexandra and her boyfriend Nicholas Thomas; son Richard Warren “Tripp” Goeldner III; mother Sally Baldwin; mother-in-law Nancy Thrun; sister Julie Johnson (Michael); niece Catie Stewart (Eric) and great-nephew Redding; niece Meg Mimbs (Tyler); and fur babies Phoebe, Hero, and Dewey. With thanks and gratitude for the years of love and support from too many friends and family members to list, St. Simons Presbyterian Church, Glynn Middle School, and Baptist MD Anderson Cancer Center (Dr. Zaiden & Dr. Modi). A Service of Witness to the Resurrection will take place at 4:00 p.m. on Thursday, May 12, 2022 at St. Simons Presbyterian Church. A reception will follow in the social hall. In lieu of flowers, donations can be made to the BRIDGE Mission Program at St. Simons Presbyterian Church. Edo Miller and Sons Funeral Home is entrusted with arrangements. www.edomillerandsons.com
VOIR PLUS VOIR MOINS

A Service of Witness to the Resurrection