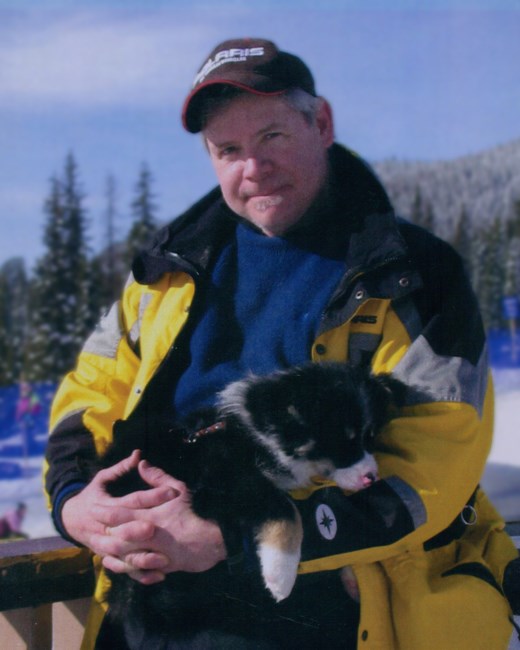 Kenneth Scott Gregson died on Tuesday, May 26, 2020, in Calgary, Alberta at the age of 56 years. Ken was born in 1963 to Joyce Gregson (née Yeryk) and Alec Gregson in Lachine, Québec, joining older sister Catherine Dale (née Gregson). The family later moved to Calgary, where Ken’s younger sister Joanne James (née Gregson) was born. His sisters often remarked how much they admired their brother for his charisma and charm, and could tell countless stories of his popularity in school.

In 1997, Ken's only son Kael Gregson was born. More than anything Ken loved being a father. Whether it was hiking in Kananaskis when Kael was young, baking cinnamon buns at home, or going diving together on Vancouver Island. Having a son of his own brought him countless moments of pride and happiness.

Ken was always seeking adventure and was happiest outdoors. You could find him on his boat in the heat of summer or hiking in pursuit of a vista, a mountain lake or even to a spy on moose from afar. He loved skiing, spending many days on the slopes at Silver Star with Kael. In addition to exploring everything he could on land, he was also passionate about SCUBA diving and spending time in the ocean. Ken’s spirit belonged to nature, and it was where he felt most at home. Day-trips to the mountains with Ken meant the greatest treat of all: your own personal tour guide of the terrain. And probably a few pranks, if we’re being honest.

His adventurous spirit was twinned with an incredible capacity for creativity. Ken was adept as a visual artist, sketching and drawing in various media. Having attended SAIT for Architectural Technology (graduated 1981), he was able to bring some of his drawings to life as residential buildings for friends, family and clients. He was never satisfied to just come up with the ideas; Ken was always a hands-on person and wanted to be involved in the building process. Some of these projects included building a Jet Boat, which required rebuilding a Chevy Small block engine. The tangible impact of Ken’s work can still be seen in both Alberta and BC. If it wasn’t enough that he was gifted in the visual arts and construction, Ken was also a passionate guitarist and provided countless songs by the glow of a campfire.

In lieu of flowers, donations can be made in Ken’s memory to the Huntington’s Society of Canada at https://www.huntingtonsociety.ca/donate.