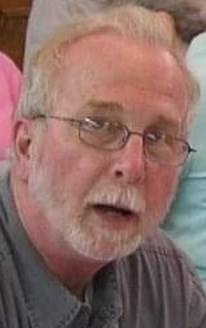 Edward Talmadge Chisenhall, Jr. was granted eternal peace on Sunday, November 15, 2020 after a long battle with Parkinson's disease. Born October 8, 1947 in Columbia, S.C., he was a son of the late Edward Talmadge Chisenhall and Edith Ester Clary Chisenhall. Tam, as he was affectionately called by his family, was drafted into the U.S. Army in 1967. He graduated from the old Columbia High School (Class of 1965) on Washington Street and from Midlands Technical College with an associate in Machine Tool Technology. He was a highly skilled tool and die maker, having worked at Gibbes Machinery, Square D, and retiring from Pure Technologies. He was a member of the Lower Richland Masonic Lodge #406 F&AM, Eastover, S.C. At the age of 21, he was awarded the Silver Star Medal for gallantry in action while engaged in military operations involving conflict with an armed hostile force in Vietnam. Specialist Five Chisenhall was a helicopter crew chief with the 68th Medical Detachment (Air Ambulance) Dustoff unit during his tour. When others refused he volunteered his own life to save others. He rode a hoist through triple canopy jungle to rescue a wounded soldier. Once on the ground, Specialist Chisenhall had to work his way through thick jungle foliage to reach the wreckage. As he made his way back to the hoist carrying the injured soldier, the evacuation helicopter came under enemy ground fire. Specialist Chisenhall then rode the hoist up with the injured soldier, shielding him from enemy fire with his own body. There are numerous individuals still walking this earth today who owe their lives to him and other brave soldiers who were willing to come get them after being wounded in combat to take them to a medical treatment facility. Having been a member of the Goff Swamp Hunting and Fishing Club for over 50 years, he was an avid huntsman and fisherman. His greatest passion was his family. Without fail, every Wednesday for all of his adult life, he showed up at his mother’s or brother’s house for a family get together, always with supper for the whole crowd of family and friends that also met there. These are wonderful memories that will last a lifetime. Tam valued the many friendships he made and retained over a lifetime. While he was a kind-hearted listener, he was also a good talker, with a sure ability to deliver an entertaining story. Tam will be remembered for his kindness, his devotion to his family, his love of hunting and fishing, and his generosity. He will forever be treasured and missed dearly by his family and friends. He is survived by his brothers and sister, George Randolph (Brenda), Allen Clary “Butch” (Gloria Allen) Chisenhall and Janice Elaine Chisenhall; nephew, Russell O. Orris, Jr. (Common); nieces, Kristina Davis and Christina Chisenhall Roberts; great nieces, Claraine Orris, Abigail and Cassidy Roberts; his lifetime friend, Larry M. Benenhaley, and many cousins and long-time friends. In addition to his parents, his sisters, Julia Ann Chisenhall , Helen Christine Chisenhall Davis, brother- in-law, James Haggerty, nephews, George R. Chisenhall, Jr. and Bryan Roberts preceded him in death. Funeral services featuring Masonic Rites will be held at 10:30 a.m. Thursday, November 19, 2020, at Dunbar Funeral Home, Devine Street Chapel. Burial with military honors will follow in the Fort Jackson National Cemetery, 4170 Percival Rd, Columbia, S.C. at Noon. The family will receive friends from 4:00 until 6:00 p.m. on Wednesday, November 18, 2020 at the funeral home. Pallbearers will be members of the Goff Swamp Hunting and Fishing Club. Please remember to practice social distancing and wear masks. The family expresses their gratitude and appreciation to the medical staff of the Dorn Veterans Administration Hospital and their Warrior’s Walk Hospice Center for their care and compassion. In lieu of flowers, please consider donating to The Shriner’s Hospital for Children, 950 West Faris Road, Greenville, SC 29605-4277.
VOIR PLUS VOIR MOINS