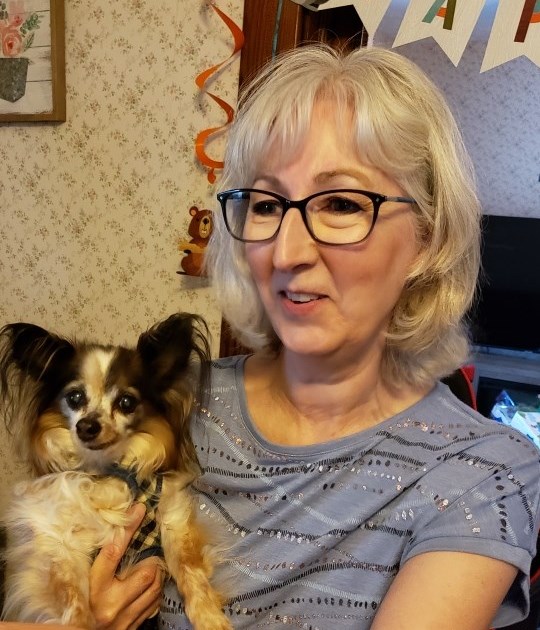 Charlotte Virginia Ames passed away peacefully on November 21, 2022. She was born on May 27, 1956 to Urban “Sub” and Lois Marine in Lansing, Michigan. Charlotte attended Lansing Everett High School and graduated in 1974. She then attended Lansing Community College and Michigan State University and studied Elementary Education. At Michigan State she met David Ames and they were married in June, 1978. Char had two sons, Joshua and Justin and 7 grandchildren. She was a loving mother and grandmother and was always there to listen to and support her children and grandchildren. She was active in her local church in DeWitt and enjoyed singing in the choir and playing the violin at church services. In her later years, she no longer attended church, but her faith never wavered. Charlotte was known to be very kind, sweet and would always do whatever she could to be hospitable to guests at her home. She also had a lifelong love of pets and rescued several animals throughout her life. Char acquired a love of baking from her mother and enjoyed recreating her mother’s delicious recipes and also baked amazing raspberry and rhubarb pies from her own garden. She is survived by her husband David, her two children, Joshua and Justin and six of her grandchildren, Brianna, Isabel, Justin Jr. (J.J.), Elijah, Keegan and Benjamin. Her granddaughter, Layla, has already left us to be with the Lord. Char left us too soon but is now in a better place and will be remembered fondly by all those who knew her.
VOIR PLUS VOIR MOINS