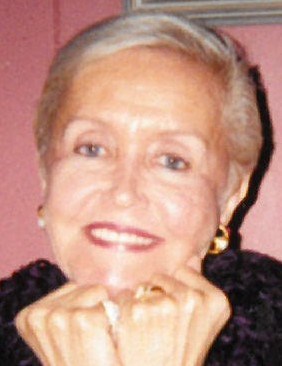 Mary (Collins) Lusa DeLorenzo, 88, of Hartford, loving wife of the late Joseph W. DeLorenzo, Sr. and the late John H. Lusa, peacefully went to be with the Lord on Thursday, November 18, 2021 at Manchester Memorial Hospital. Born in Hartford on May 8, 1933, a daughter of the late Daniel T. and Helen (Carey) Collins, she was a resident of East Hartford for over 50 years prior to moving to Hartford. Mary was a graduate of East Hartford High School, class of 1951 and attended Hillyer College (now University of Hartford). Mary was Director of Barbizon School of Modeling in Hartford in the 1970’s and did informal modeling throughout Connecticut at various retail stores. In her later years, she worked as a Spritzer at Nordstrom’s in West Hartford, which she enjoyed immensely. Mary had a lot of fun with her husband Joe, as they shared a joy of dancing, music, good dinners at the former Casa Loma and Carmichael’s restaurants in Hartford, and solving crossword puzzles. She was also an avid animal lover who loved her two Bishon dogs, “Pucci’ and “Meggie”. Mary is survived by two sons, John H. Lusa and his wife Debra of East Hartford, Daniel Lusa of Hartford with whom she made her home; a daughter, Helen Lusa of Manchester; two step-sons, Michael DeLorenzo and his wife Diana of Rocky Hill, Joseph W. DeLorenzo, Jr. and his wife Marguerite of Arizona; four adored grandchildren, Eric T. Lusa and Nicole of Hartford, Erin Clements of Jamaica, VT, Spencer Clements of Manchester, Tracy Langer of Manchester and her daughter Amber; a special niece, Donna Alibrio and her husband Robert of Manchester; three step-grandchildren in Arizona; several nieces, nephews, cousins, and dear friends. Mary died on her own terms and her own way, which is the way she lived her life. She was so proud of her Irish heritage, she would want everyone to raise a glass and share a memory or two – slainte! Honoring Mary’s wishes, private funeral service and burial will be held at the convenience of the family. There are no calling hours, In lieu of flowers, memorial contributions in Mary’s name may be made to the Monkey’s Pack, P.O. Box 1791, Manchester, CT 06042. Mary’s family would like to extend their sincere gratitude and appreciation to the doctors, nurses, and entire staff at Manchester Memorial Hospital, especially the Emergency Room Department and Cardiology Unit, for there professionalism, care, love, and compassion given to Mary and her entire family. The D’Esopo East Hartford Memorial Chapel, 30 Carter Street, East Hartford has been entrusted with the care of the funeral arrangements. For on-line expressions of sympathy to the family, please visit www.desopoeh.com