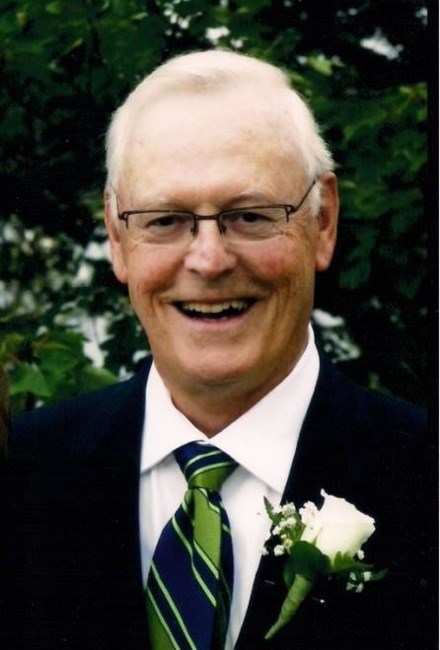 Upon graduating, he accepted a position as a mechanical engineering consultant with F. C. O’Neil & Associates to establish himself in the profession so he could propose to his High School sweetheart Evelyn Mooney. Married in 1958, Denis and Evelyn raised eight children and have watched their family grow to include 26 grandchildren and six great-grandchildren – so far!

As his family grew, Denis with the support of Evelyn, worked hard to build his reputation as a skilled engineer and ethical businessman. In 1971, he partnered with Bob Richard to form Morris & Richard Consulting Engineers. The firm was built on the principle that enthusiasm, optimism, hard work and intelligence will breed success. The firm worked with Architects and Developers on many significant projects including the Tupper Medical School, the IWK Grace Hospital and the Halifax Infirmary. Over his career, he mentored many young Engineers delighting in their success before retiring in 2004. Built on his efforts the firm celebrates 50 years of service in 2021 with his son Denis and grandson Daniel working and growing the business today.

Dad collaborated with many organizations over the years to enhance the Engineering Profession and support community needs. He was a life member of the Association of Professional Engineers of Nova Scotia; Charter Member and past President of the Consulting Engineers of Nova Scotia; Charter Member and President of the ASHRAE Halifax Chapter and a Fellow of the ASHRAE International Society; founding member and President of DCI he was the 2014 recipient of the DCI Distinguished Service Award. Dad served on the Halifax School Board, the Halifax Forum Commission, and served on the Board of Directors for the Sacred Heart School of Halifax.

Ever the sportsman, Dad played basketball for years until sprains became more frequent and severe. He enjoyed playing bridge, was a voracious reader, and did the crossword puzzles daily his entire life. Dad took up golf, joining the Ashburn Golf & Country Club shortly after coming to Halifax. He took yearly trips to Florida with his fellow golfing buddies over many decades. To resolve the conflict between having a large family and being too committed to golf, Dad’s solution was to take two or three kids with him to caddy to reduce the load on Evelyn at home. As Ashburn President 1995 a highlight was welcoming Prime Minister Jean Chretien and President Bill Clinton to the club for a round of golf at the Old Course. In later years DJ would take great pride in maintaining his game, scoring aces (3) and shooting his age (or better) many times. Both in season and out, Dad became a regular for lunch at the Old Course making friends with the staff and doing his crossword puzzles. We’re certain that Dad’s old foursome, the late Alan MacDonald, George Russell and Doug Holmes will have the next available tee time booked to welcome him when he arrives at the Pearly Gates Country Club.

From his own father Dad learned and developed his profound faith which guided his choices in life instilling values in his children and grandchildren. Dad joined St. Thomas Aquinas Parish and the Aquinas Social Club when he came to Halifax as a student; he has been a faithful parishioner ever since. He supported the Parish in many roles over the years including serving in the Choir, as Lay Reader, Eucharistic Minister, Member of Parish Council and always, a strong supporter of the Priests. ‘Sunday Best’ meant suit and tie - for over 65 years Dad could be seen, singing with exuberance, at Sunday Mass about four pews back on the left side of the Church, with Mom and an ever growing number of children on their best behaviour. Dad’s lifetime of faith gave him the strength to endure his final, brief illness and make his visitors feel at peace.

After Mass Sunday brunches at Dad & Mom’s Jubilee Road homestead were a celebration of the joy they took in their family. Dad created a personal and unique bond with each of his grandchildren as his extended family grew over the decades. Grandad’s bearhugs, the smiles they produced and the stories he shared of his growing up have become family lore destined to live on in our hearts.

Dad will agree that the best thing that ever happened in his life was his marriage to Mom. As Mom’s memory began to fade Dad’s love for her only increased. During his final days his paramount concerns were always for her comfort. Their 62 year love story of devotion to each other is a gift to their extended family.

The family thanks the VON for their compassionate care and support that allowed Dad to die at home. The family - especially the boys - are eternally grateful for the amazing love and grace shown by his daughters, led by Gertrude Kells (a Saint) in providing the many mercies it took to care for Dad and Mom as he contended with the challenges of his illness.

Funeral arrangements are being made by J. A. Snow Funeral Home. There will be no visitation due to Covid restrictions. A Funeral Mass followed by burial will be held at St. Thomas Aquinas Church Saturday January 30, 10:00 am with limited attendance. To register to attend the funeral please call the funeral home at 902.455.0531. To leave an on-line condolence, please visit: www.jasnowfuneralhome.com In lieu of flowers please consider donating to the Saint Vincent De Paul Society of Halifax, The Evelyn & Denis Morris Scholarship Fund at St. Francis Xavier University or by supporting the Nova Scotia Kiwanis Music Festival.