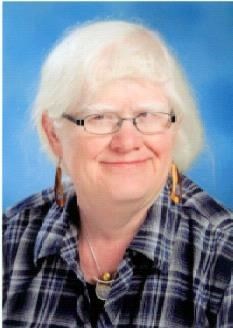 Pothier, Dianne Louise It is with deepest sadness that we announce the passing of our sister, Dianne, at home on January 3, 2017. She was born in Halifax, the daughter of the late Charles and Ona (LeBlanc) Pothier. She is survived by her brothers, Guy Pothier, and Philip (Mary) Pothier; sister, Claudine (Paul) Renault; nieces, Danielle (Mike) Hickey, Laura Pothier, Lise (Jesse) Renault; nephews, Philip (Julia) Pothier, Marc (Nisa) Renault; great nephews, Xavier, Brân, Benjamin, Charles and great niece, Isabelle; uncle, Monseigneur Gérald LeBlanc and aunts, Claire Pothier and Leona Pothier. She earned an undergraduate degree at Dalhousie University in Halifax followed by a Master’s Degree in Political Science at Carleton University in Ottawa and, while in Ottawa, also spent a year as a Parliamentary Intern. In 1982, Dianne graduated from Dalhousie Law School having won almost every academic prize available including the University Medal in Law. She clerked with Justice R.G. Brian Dickson of the Supreme Court of Canada, then served as Senior Advisory Counsel to the Chair of the Canada Labour Relations Board. In 1986, Dianne became a faculty member of the Dalhousie Law School where she made leading contributions in her teaching and research to constitutional law, labour law, and public law. To give just one example, her article “Connecting Grounds of Discrimination to Real People’s Real Experiences” has been cited in almost every subsequent article on equality law. She combined compelling personal narrative and incisive legal analysis in ways that elucidate and challenge. In addition to her contributions to constitutional law, labour law, and public law, Dianne was Canada’s leading legal scholar and activist on disability and the law. Her work on the concepts of equality, the duty to accommodate, and dis-citizenship have been drawn upon by scholars across the country and have had policy resonance in legislature and courts. Dianne also co-chaired a set of 16 presentations by emerging and established scholars on Critical Disability Theory. Those presentations became the basis for a collection of essays published by UBC Press – one of the first book length contributions on the subject in Canada. Dianne was also active within the greater Dalhousie community with numerous positions in the Dalhousie Faculty Association. Dianne was a community activist. She played cornerstone roles with many equality groups, including the DisAbled Women’s Network, the Women’s Legal Education and Action Fund, the Canadian Disability Studies Association, the Equality Panel of the Court Challenges Program of Canada, and the Canadian Association for Community Living. Retirement provided Dianne with more time for that critical work. She was active in defending federal legislation on Assisted Dying in regard to the limitation to those whose death is reasonably foreseeable. She was fiercely committed to the work on the Emerald Hall human rights complaint, which is focused on the lack of supportive housing for disabled persons and the right to live in the community on equal terms with others. Dianne was recognized with the Frances Fish Women Lawyers’ Achievement Award, the CBA President’s Award, and the Dalhousie Bertha Wilson Honour Society. Dianne enjoyed music and singing, playing on-line scrabble with family, and knitting afghans for the youngest members of the family. She was the best at finding the most unique hand-crafted gifts for family for every occasion. She baked the best chocolate pound cake! Dianne was brilliant, passionate and yet so modest. She was an inspiration to all and she will be deeply missed by family, colleagues, and friends who sought and valued her opinion. Her remains will be resting at J.A. Snow Funeral Home, 339 Lacewood Drive, Halifax, on Friday January 6th from 2:00 – 4:00; 7:00 – 9:00 pm. Mass of Christian Burial will take place on Saturday, January 7 at 11:30 am in St. Thomas Aquinas Parish, Halifax, Father Cherry presiding. In memoriam donations may be made to the CNIB or to a charity of your choice
VOIR PLUS VOIR MOINS