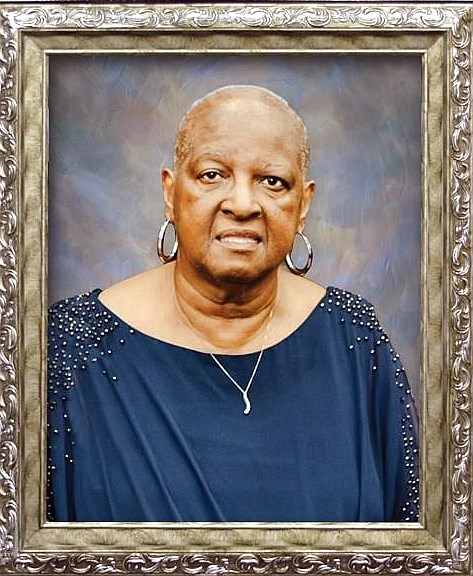 Agnes Marie Brooks Davis, the only child of Minued Brooks and Marie Palmer Brooks was born on October 27, 1939, in Wharton, Texas. She was affectionally called “Sister” by her loving family and close friends. Agnes was raised in a Christian home and accepted Christ at an early age. She joined and was baptized at Jordan Grove Missionary Baptist Church under the leadership of Rev. William H. Banks. Agnes attended Jack Yates High School and graduated in the class of 1958. She also attended Texas Southern University in pursuit of her bachelor’s degree in Education. On December 19, 1964, she united in holy matrimony with Donald P. Davis, Sr. of Houston, Texas. To this union, two children were born: Donald Phillip Jr. and Kenneth Wayne. They raised their children in a loving home being true believers in “family”. Their home was “the house” where many of their sons’ friends gathered. Agnes was “the boys” Mom. She took great pride in hosting “the boys” and enjoyed cooking Sunday dinner and holiday meals for all. The family joined Greater Mount Zion Missionary Baptist Church under the leadership of Rev. CJ Rigmaiden. In later years, Agnes united with Outreach Missionary Baptist Church under the leadership of Rev. John L. Hart. She remained a faithful member until her health began to decline. Agnes was employed at Houston Independent School District for 41 years. She began her career in August of 1972 as a Teacher’s Aide in the Special Education Department. A devoted educator, Agnes worked at one school for the duration of her career, Sunnyside Elementary. When she joined the team at Sunnyside, she had the pleasure to work with Dr. Ethel Mosley Young, Principal. In 1999, the school was later renamed E.M. Young Elementary. Agnes loved E.M. Young Elementary. She was devoted to the Special Education Department and the children she taught and cared for held a special place in her heart. Agnes retired in May 2013. Agnes’ grandchildren were undoubtedly three of the greatest joys and loves of her life. They were most important to her as she nurtured them in their social and educational development as only “Mema” could. Her beautiful great granddaughter, Logan, was the new joy of her life. On September 13, 2022, Agnes departed her earthly home to start her walk in Heaven. She is preceded in death by her parents Minued and Marie Brooks. She leaves to cherish her memory; her beloved husband Donald of 57 years; sons: Donald Jr. (DJ) and Kenneth; three grandchildren: Torren Gerard Davis (Destiny), Desiree Elizabeth Davis and Daijah Rodonna Davis; great granddaughter: Logan Brielle Davis; goddaughters: Kashonna Ross and Macey Alexandra Cain Davis; special cousin: Edith West; special friend: Peggy Cain. Additionally, she leaves a host of loving family, friends, and neighbors as well as countless young men who affectionally loved her as “Mama”. Agnes will continue to be remembered by her loving spirit. She will forever live in our hearts.
VOIR PLUS VOIR MOINS