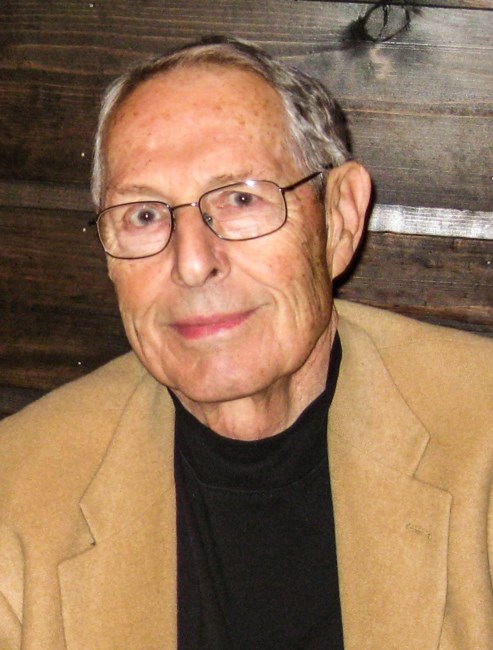 George "Frank" Holland, II, 91, died on Thursday, September 1, 2022. Frank was a proud son, brother, husband, father, grandfather, and great grandfather. He never met a stranger and went out of his way to be kind and friendly to everyone he ever met. Frank was born on January 19, 1931, to Philip Todd and Ellen Keyser in New York City, New York, while his father was attending Bellevue Medical School. Frank’s family later moved to Bloomington, Indiana where Philip went on to practice as a third-generation physician. Frank lived for the majority of his childhood in Bloomington but spent several years living in San Francisco while his father was serving in the Navy during World War II. On August 31, 1957, he married Elizabeth “Bette” Rose Hardy which he often said was the best thing that happened during his entire life in addition to raising their four children. They were married 62 years until her death on September 1, 2019. Frank earned an A.B. in Economics and an MBA in Finance from Indiana University. After graduating he joined American Fletcher National Bank in Indianapolis where he worked for thirteen years in municipal underwriting, trust account investments and management of the Federal Funds desk. While he was at American Fletcher, he was instrumental in helping the bank become the first in the nation to provide Federal Funds to correspondent banks. In 1970 he moved to Traub & Company where he was a partner and Executive Vice President, Director and Registered Municipal Principal for 28 years. His responsibilities included trading, underwriting and managing and marketing municipal securities. During his time with the firm, he was an underwriter for more than $10 billion in municipal bonds. In 1998 he moved to David A. Noyes & Company where he remained until his retirement in 2013. In 1966, Frank was one of the first to earn the Chartered Financial Analyst (CFA) designation. He also earned a Graduate Certificate in Trusts from the American Institute of Banking (American Bankers Association). He taught adult education courses for the American Institute of Banking and wrote many magazine articles over the years covering a variety of topics. He was a past president of the Indianapolis Society of Financial Analysts (now CFA Society of Indianapolis), past president of the Carmel Breakfast Sertoma Club, and Indianapolis Stock & Bond Club Man of the Year 2004. Frank proudly served active duty in the Air Force after college and ultimately retired from the Air Force Reserves as a Lieutenant Colonel in 1977. He was a member of the Retired Reserve Officers Association and the Sigma Chi Alumni Association. He was a 32nd Degree Scottish Rite Freemason with the Murat Temple and a member of the Indiana Freemason Carmel Lodge #421. He and Bette were members Indiana University Presidents Circle and Friends of the Lilly Library. They were members of Second Presbyterian Church and active supporters of Outrun the Sun, Inc. He remained active until his death and was resident council president of the Barrington of Carmel skilled nursing section. He enjoyed spending time with family. He was an avid and loyal fan of Indiana University football and basketball, he enjoyed “deep sea” fishing in Lake Michigan, sharing family history, keeping up on world events and reading investment publications. He was known for sharing his knowledge, articles and readings with others. Earlier in life he enjoyed playing tennis and golf and was a pioneer of bad dad jokes. He was preceded in death by his wife Bette and son William Eric Holland. He is survived by three children: Steven Todd Holland (Teresa) of Carmel, IN; Roger Hardy Holland (Nancy) of West Chester, OH; Ellen Holland of Carmel, IN; and, daughter-in-law Jennifer Holland of Carmel, IN; six grandchildren: John Scott Holland (Teeaira) and William George Holland; Eric Stewart Holland and Thomas Hardy Holland; Alexandra Elizabeth (Holland) Turula (Ricky) and Adrienne Keyser Holland; and two great grandchildren, Oliver William Holland and Miles Daniel Holland. He is also survived by his sister Nancy Holland Hannin and her children. Visitation will be 1 – 3 pm, on Friday, September 16, 2022, in the Parlor at Second Presbyterian Church, 7700 N. Meridian St., Indianapolis, IN 46260. A memorial service will be held at 3 pm, on Friday, September 16, 2022, in the Milner Chapel at Second Presbyterian Church. In lieu of flowers the family suggests contributions to the William E. Holland Research Fund – Outrun the Sun, Inc., 8435 Keystone Crossing #175, Indianapolis, IN 46240. www.outrunthesun.org Fond memories and expressions of sympathy may be shared at www.leppertmortuary.com for the Holland family.
VOIR PLUS VOIR MOINS