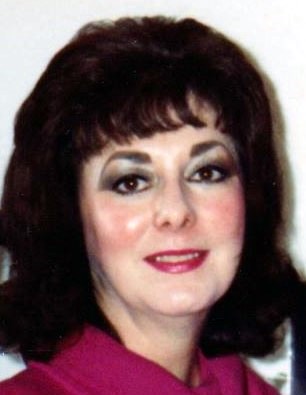 On September 6, 2022, a truly fantastic mother of a very fortunate daughter passed away. Her name was Linda Deann Ball (née Heckman) of Indianapolis, Indiana, and she was 79. She is survived by Tracy Ball, her only child, who considered her a best friend. Linda is also survived by two great aunts who she remained close with over the years despite the distance. They are Esther Swan, 98, of Liberal, Kansas, and Virginia Skinner, 91, of Hugoton, Kansas. She is also survived by her two grand kitties, Lucy and Watson. Linda is preceded in death by her husband of 39 years, aviation author Larry Arthur Ball of Indianapolis, her brother, Western painter Steve Heckman of Liberal, Kansas, and her wheat farmer parents, Ruth and Lawrence Heckman, also of Liberal, Kansas. Recently, a favorite cousin also preceded her: Beloved high school teacher Larry Skinner of Limon, Colorado, passed away on August 19, 2022. Linda was born in Liberal, Kansas, on April 7, 1943, and was Ruth and Lawrence’s firstborn. She graduated from Southwestern University in 1965 with a Bachelor of Arts in Education. During college, she was asked to be a contestant for the Miss Winfield (Kansas) Scholarship Pageant. As a result, she became well-known for a comedy routine she performed in the talent portion pretending to be a scorned Playboy Bunny. This skit, of course, was a bit risky for a conservative Kansas audience, and she did not become Miss Winfield despite her obvious beauty and talent. Upon graduation, she went to work for Beechcraft Aviation at their factory headquarters in Wichita, Kansas as a photo lab assistant. There she met an up-and-coming vice president who liked what he saw and then set her up with his identical twin brother, Gary Ball. Larry immediately realized the error of his ways, and they were married in 1966. Their only child, Tracy Ball, was born in 1968. In 1972, her husband was transferred to become the general manager of the Beechcraft fixed base operation (FBO) at the original Indianapolis International Airport. So, the small family moved away from relatives in Kansas and Oklahoma so that Larry could pursue his aviation career. Moving to the Chapel Glen neighborhood on the West Side of Indianapolis, Linda (and her enormous 1972 Buick Electra) quickly became the chauffeur of many neighborhood children, especially Girl Scouts. The family eventually moved to the Northwest side into the Normandy Farms neighborhood. There Linda designed a French country chateau with a real turret even though she had never once been to France. “Why should I go?” she would ask. “I’ve built my castle.” There were many other things besides not traveling that Linda loved. These include all shades of the color pink, Downton Abbey, cheeseburgers with mayo but without pickles, Her Majesty Queen Elizabeth II, Canadian geese, reading the Indianapolis Star every single day, and taking couch naps with Watson. As the pandemic began, her daughter Tracy returned home, and it was her honor and privilege to care for her mother. Although Linda survived a bout of Covid, she became ill with kidney disease and never recovered. A visitation and viewing are scheduled for Friday, September 16, 2022, at 3 pm, with an informal service at 5 pm. Although Linda adored flowers (especially pink roses), donations can also be sent to the Indianapolis Public Library Foundation, P.O. Box 6134, Indianapolis, IN 46206. Please designate your gift to the “Pike Library Branch.” Flowers can be directed to Leppert Mortuary (Nora) at 740 East 86th St., Indianapolis, IN 46240. Condolences and memories may be shared online at leppertmortuary.com. Many thanks.
VOIR PLUS VOIR MOINS