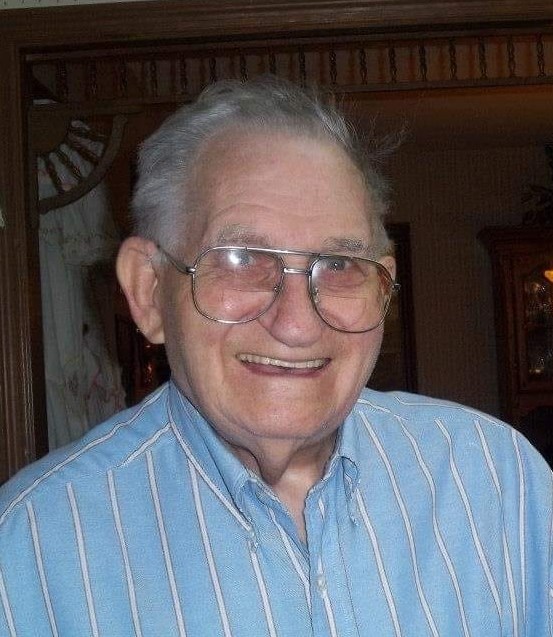 Memorial service for Julian A. “Hank” Prosser, 93, will be conducted at 11:00 a.m. on Saturday, May 11, 2019 at Reformation Lutheran Church with a luncheon to follow. The family will receive friends from 10:00 until 11:00 a.m. prior to the service at the church. Dunbar Funeral Home, Dutch Fork Chapel, Irmo is assisting the family. Mr. Prosser passed away Monday, May 6, 2019. Born in Hannah, SC, he was a son of the late Lyndon and Lurie Poston Prosser. He is survived by his wife of 69 years, Barbara Reynolds Prosser. Mr. Prosser was a member of Reformation Lutheran Church and a proud recipient of the Via De Cristo fourth day cross, wearing it every day and living its meaning. He was a bluegrass musician (mandolin) and founder of The Carolina Rebels Bluegrass Band, performing all over the U S and Canada for 40 years. Mr. Prosser was the 2019 recipient of the SC Jean Laney Harris Folk Heritage Award. He was a former Mason and Shriner. A proud US Navy veteran, having served in WWII, and a 2017 Honor Flight participant. Surviving in addition to his wife Barbara, are his children, Barbara Prosser, Peggy Winfrey, David Prosser; grandchildren, Jennifer Ekovich (Nick), Karen Lovette, Matt Prosser; great-grandchildren, Ardyn Lovette, Aubrey Lovette, Tanner Ekovich, Bryleigh Prosser; and brother LaFonne Prosser. He was preceded in death by his son-in-law, Ron Winfrey; his brothers Ravenel Prosser and Franklin Prosser. In lieu of flowers, the family requests memorials be made to Reformation Lutheran Church, 1118 Union Street, Columbia, SC 29201. Please share memories at www.dunbarfunerals.com.
VOIR PLUS VOIR MOINS