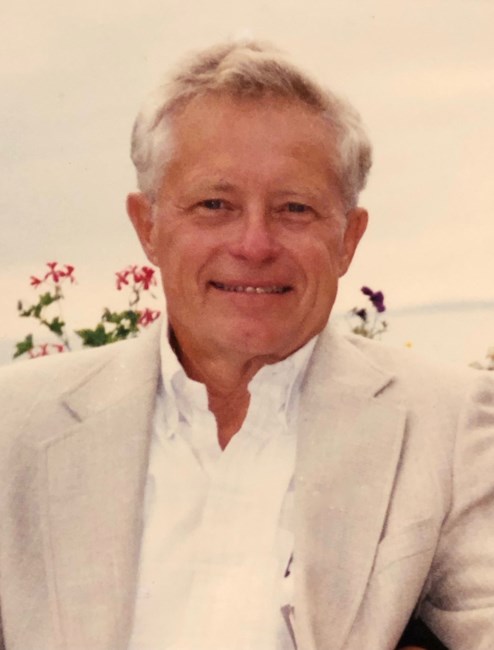 David Lee Schlesinger passed away in his Houston home on December 2, 2021 surrounded by his loving family. His 91 years were devoted to pursuing life and love to the fullest. He is survived by his wife Florence Schlesinger with whom he shared 63 years of affection, his children Teresa (John) Parker, Eileen (Anthony) Benvegnu, Cathleen (Andrew) Nichols, Joseph (William Podojil) Schlesinger, 12 grandchildren, and five great grandchildren. He will be joining his dearly departed parents Joseph and Mary Schlesinger and his brothers Paul and Richard Schlesinger in heavenly peace. David was born on the South Side of Chicago, IL on August 4, 1930. Recognized for his keen mind and devotion to his faith, David was given a scholarship to attend Quigley Preparatory Seminary in Chicago and the University of St. Mary of the Lake, Mundelein Seminary, IL. After six years of priestly formation at Mundelein Seminary, David discerned out of a religious vocation, choosing not to follow the priesthood but embarking on a different path to share his love and ambitions with the world. However, he was forever grateful for the remarkable education he received during his seminary years that wholly prepared him for his destiny. David’s tireless work ethic and compassion for others made everlasting impressions. He continued his studies at DePaul and Loyola Universities to study Philosophy, Theology and Education and was drafted by the Army to be stationed in Korea. By the Grace of God and David’s pure charm, he managed to be re-assigned to Tokyo Japan as a Speech Correctionist where he served for two years and met the love of his life, Florence. David and Florence spent 16 incredible and adventurous years raising their family and teaching at US military bases in Germany, Spain and England. David’s love for education propelled him through two masters degrees, a PHD, and culminated in his employment as a Jr. High and High School Principal at Torrejon Middle School in Spain and then at Upper Heyford High School in England. David and his family returned to the US in 1977 and built a home in Downers Grove, IL where he made a courageous and successful career change as a financial planner, a perfect fit for a man so attentive to the needs of others. David and Florence were very active in and dearly loved by their community in Bruce Lake and Our Lady of Mt. Carmel Church for over 40 years. After retiring, David and Florence moved to Houston, Texas where he lived in joyful enthusiasm near his devoted daughter Eileen and son-in-law Anthony Benvegnu and their family, Maria (Jared) Beard, Kathryn (Casey) McPherson, and Joseph Benvegnu. David will be deeply missed for his unwavering compassion, unforgettable conversations, and creative “projects” around the house. He set a high bar for unconditional love; everyone he knew will continue to reach for the example he left for us. Visitations will be at Kingwood Funeral Home December 30th 5-8pm Funeral mass will be held at St. Mary Magdalene Catholic Church, 527 S Houston Ave, Humble TX on December 31st at 11:00 am. In lieu of flowers, David would be honored by your donation to either: Catalyst Schools, 5608 W. Washington Blvd., Chicago, IL 60644 (773)295-7001 https://catalystschools.org or University of St. Mary of the Lake/Mundelein Seminary 1000 East Maple Ave, Mundelein, IL 60060 (847)970-4816 https://usml.edu/ways-to-give/
VOIR PLUS VOIR MOINS