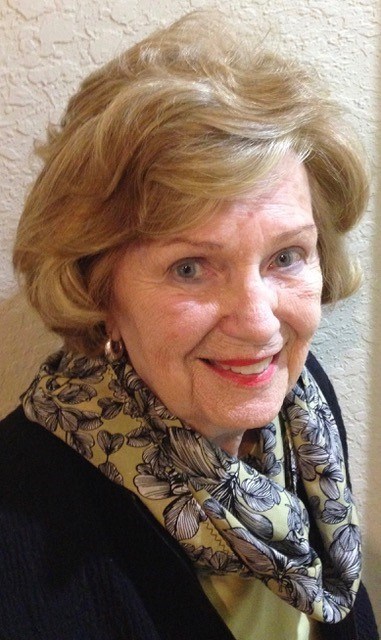 Mary Jean Black Faulkenberry, 92, died November 23, 2021. “MJ” was born in Detroit, Michigan, the daughter of Josephine Heimark Black and Dr. George T. Black. After graduating from Wheaton College, she married John W. Eilert, a marriage that lasted 35 years and took them to many locations from Frankfurt, Germany to Houston, TX, including Urbana, IL, Northfield, MN, Memphis, TN, Manhasset, NY, Washington, DC and finally to Houston in 1977. During the years in Urbana, Mary Jean obtained a Master’s Degree in Library and Information Science. She was elected to Beta Phi Mu, International Honor Society and leading Professional Organization for Library and Information Studies. Here she began her library career as Librarian, University High School in Urbana. Later, while living in Manhasset, she was an elected member of the Library Board of Trustees. In Houston her library career included work at the M.D. Anderson Cancer Center Library and the Texas Heart Institute Library and Learning Resource Center. Serendipity played a large part in MJ’s life. During her New York years a chance mention of Ghost Ranch led to a lifelong enjoyment of this 21,000 acre Northern New Mexico treasure that served as an education and retreat center for the Presbyterian Church. Also, as a member of First Presbyterian Church, Houston, she volunteered to help Operation ID by doing data entry. When told that they really needed interviewers she agreed to give it a try. She ended up serving as a volunteer interviewer for 15 years and it was one of the joys of her life. It was at Operation ID that she met Walter L. Faulkenberry whom she married in 2005 and with whom she joyfully shared the last 16 years of her life. They both loved to travel and took many fabulous trips together during those years. Mrs. Faulkenberry is survived by her husband Walter of Kingwood and is also survived by her beloved daughter, Christine Miles and her husband Richard of Galveston, TX, his daughter Suzie and her husband Brent Williams of Houston and his son Tony of Durango, CO. She is survived by stepson John “Chip” Thorne Faulkenberry and wife Pattie and their children Walter and Katie of Plantation, FL and College Station, TX respectively; by Robert Hayes Faulkenberry, wife Terri and their children Hayes and Joshua of Aurora, CO. A private family ceremony will be held at First Presbyterian’s Memorial Garden.
VOIR PLUS VOIR MOINS