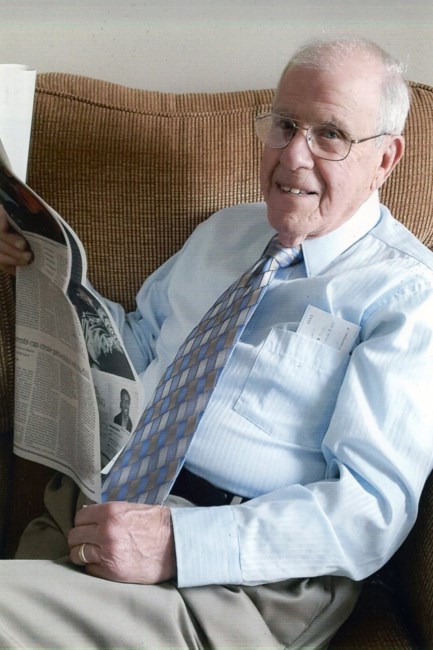 Kenneth Richard Coomes, age 94, of LaGrange, Kentucky passed away on Tuesday, January 18, 2022. Kenneth was born in Louisville, KY on November 13, 1927 to Bryan and Virginia Coomes and was one of eight children. Left to cherish Ken’s memory are his wife of 50 years; Ruby Gowin Coomes, daughter; Sarah Coomes Crisp, grandchildren Lydia Claire and Nathan Kenneth Crisp, brother; Mike (Vera) Coomes, many nieces, nephews, and great-nieces and nephews. A graveside service for close friends and family of Kenneth will be held Friday, January 28, 2022 at 4:00 PM at Valley of Rest, 1141 E Crystal Dr, LaGrange, Kentucky. Ken joined the U.S. Navy in 1945 and served for twenty years, attaining the rank of Senior Chief Signalman. He received a Purple Heart for wounds received in action in 1950. Upon his retirement from the service, he was proud to be a plankowner with the U.S. Navy Memorial in Washington, D.C. Ken went on to work for USAir airline for 22 years. When he was younger, he enjoyed using his private pilot license to take flights out of Bowman Field airport, often flying friends and family on brief trips. He and Ruby loved traveling to St. Joseph’s Island in Canada with friends. His favorite trips, though, were the many times he took his grandchildren, Nathan and Lydia, to Disney World with Ruby and Sarah, and he reflected on those memories often. Ken was a devoted husband to Ruby and a doting father to Sarah. His grandchildren were the true lights of his life, and they brought him immeasurable joy. Ken lived with dementia in his more recent years, receiving loving, around-the-clock care from Ruby until he died surrounded by family after recurrent bouts of pneumonia. The family would like to express profound appreciation to his VA home health team and Hosparus Health of Louisville for their care and support. Donations can be made in memory of Ken to Hosparus Health.
VOIR PLUS VOIR MOINS