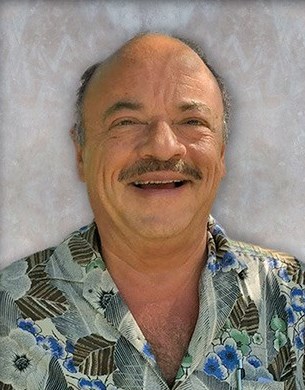 Duane Paul Ward, 62, of Las Vegas, Nevada, passed away suddenly of a heart attack on 03/27/2021. He was born to parents David Roy Ward and Donnis Eileen Foster Ward on 10/21/1958 in Highland Park, Illinois. He lived in Highland Park Illinois, Sparks Nevada and settled in Las Vegas in 1987.

Duane was a lifelong learner constantly improving himself through education and increasingly responsible job roles finally finding his home at Wells Fargo for over 40 years as a regional Vice President. He was also a member of the Lions Club for 30 years and enjoyed his time helping others at the Blind Center of Las Vegas and Sight Clinics in Mexico.

Duane was a loving husband, brother, stepfather, grandfather, uncle and friend. His passion for travel both for business and pleasure was well-known. He traveled the world and experienced life to the fullest. While a serious car accident caused him to retire, his greatest passions were his family and friends. He is preceded in death by Donnis Foster Ward (Mother), David Roy Ward (Father) and Roger Smith (Step-father)

Surviving family members also include brothers David (Kem) Ward and Dan Ward, step-mother Francis Smith, several nieces and nephews that he loved dearly along with other relatives. He is also survived by Judy Ward, former spouse, numerous fellow Lions and friends who have become family over the years. He will be sadly missed by his furry kids: Jimi, Jewel, Joy and Jasper.

The family has entrusted Palm Mortuary, 6701 N Jones Blvd Las Vegas, NV 89131 with the arrangements. A Celebration of Life will be held at a future date to be determined once COVID is behind us and we can get back to hugging, laughing and sharing stories of Duane.

In lieu of flowers, donations may be made to an organization close to his heart- Camp Dat-So-La-Lee, a summer retreat for underprivileged children. The address is PO Box 2010 Fallon, Nevada 89407.

Fond memories and expressions of sympathy may be shared at www.palmnorthwest.com for the Ward family.