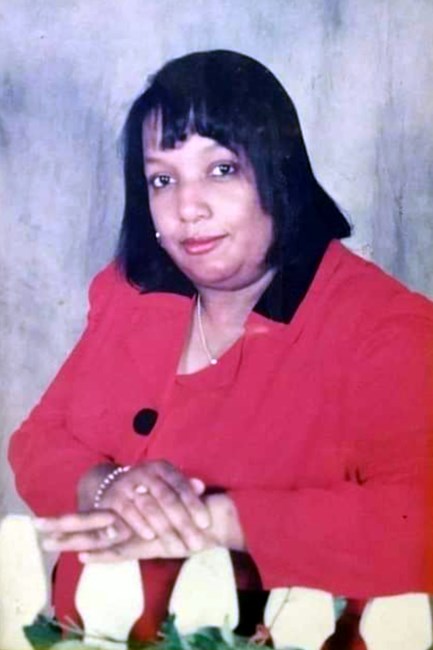 Janet Waddell, 65, of North Las Vegas, passed away Friday, September 30, 2022, due to heart failure. Janet was born October 14, 1956, in Brownsville, TN., to Thomas and Minnie Reed. She was the 4th of 10 children. In 1962, the family moved to Decatur, Illinois. She married McKinley Waddell in 1974. She graduated from Stephen Decatur High School in 1975. They had their only child, Tiffany, in 1975. Janet was a devoted Air Force wife that traveled with her husband all over Europe during his 21-year career. In 1994, Janet & McKinley settled in North Las Vegas, NV. She was preceded in death by her husband and parents. Janet is survived by her daughter, Tiffany Waddell; her granddaughter, Jade Waddell, both of North Las Vegas, NV; her siblings: Carthel Tyus, Thomas Reed, Jr., Joe Nathan Reed, Patricia Spates, Barbara Thaxton, Glanda McKinney, Martha Tyler, Dorothy Reed, and Phyllis Harvey all of Decatur, IL. Viewing will be 4p-8p Sunday, October 16th, with services from 3p – 4p on October 17th, both at Palm Northwest Mortuary, 6701 N. Jones Blvd. Las Vegas, NV 89131. Fond memories and expressions of sympathy may be shared at www.palmnorthwest.com for the Waddell family.
VOIR PLUS VOIR MOINS