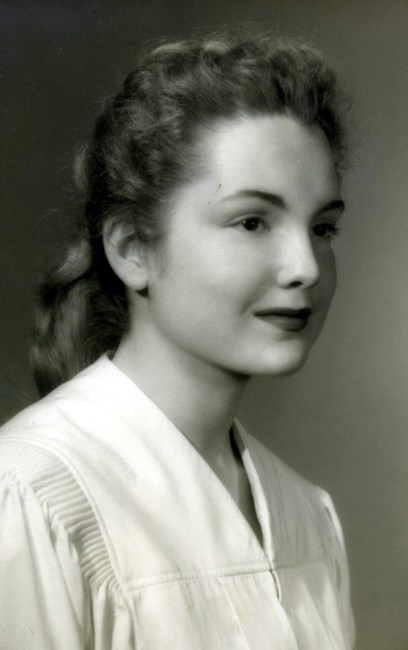 On August 31, 2016, Annette Marie Dean passed from her earthly temple to join the chorus of Heaven before the Throne of God. Annette’s body had grown tired, but her trust in Jesus, her Savior, had grown stronger. Annette was born on October 15, 1937, in California. She was married to John Dean, who was a member of the armed forces. Due to John’s military service, the family lived in various places over the years. Annette finally settled in Lufkin, Texas and lived here for 31 years. Annette loved her God, her family and friends, her pups, British television (or British anything), and a good joke. She was, perhaps, better known in the Angelina County area as “Miss Annie,” the writer and host of the Christian Radio spot “Merry Medicine.” (“A merry heart maketh like a medicine, and it’s your heart God’s talking about.”) She treasured those years and enjoyed meeting friends of the show. Annette was preceded in death by her parents, Roland and Jorna Hellman and Hugh and Marie Elbert, as well as by her brother, Hughie Elbert, her grandmother, Irene Hellman, and her great-grandchild, LNF. She is survived by: siblings, David, Karen and Larry; six children, Warren, Todd, Sophia, Crystal, John and Phillip; fourteen grandchildren, Re’ Anne, Melissa, Leslie, Jennifer, Derek, Matthew, Kryton, Justin, Glenn, Kasey, Rachel, Jules, Rebekah, and Conrad; twelve great grandchildren, Kinlee, Addison, Brycen, Karlie, Kole, Scarlett, Grayson, Canyon, Emerson, Selah, Caroline, and Gavin; and four step great grandchildren. A memorial service will be held at Gipson Funeral Home (1515 South Chestnut in Lufkin) this Saturday, September 3, 2016 at 11:30 a.m. Condolences may be offered at www.gipsonfuneralhome.com Services have been placed in the trust of Gipson Funeral Home.