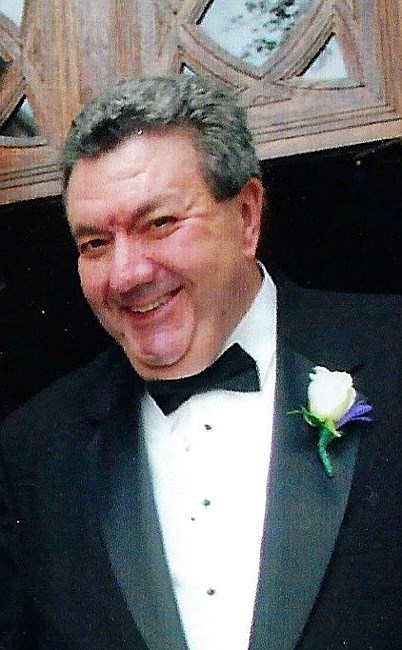 Mr. David J. Hegan, age 63, of Lynn, died on Monday, August 1st at his home. Born in Lynn on February 25, 1959, he was the son of the late Harold and Bertha (Scioletti) Hegan. A lifelong Lynn resident, he graduated from Lynn Classical High School, Class of 1976. For the past 23 years, David served the Lynn Public Schools as Director of Transportation, and for the past 11 years also served as Parent Information Center Manager. In addition, he was the President of the Administrators Union of the Lynn Public Schools. He loved his job and his employees loved him. He was a huge influence on the lives of all who were around him. A longtime communicant of St. Mary’s Church, he served on the Finance Council and was a Eucharistic Minister. He was a member of the Board of Directors of the Lynn Boys and Girls Club and was inducted in to their Hall of Fame. David was an avid New England Patriots fan and fantasy football fan. He would say, “as Julian Edelman once said, there’s no better sports town in the country than Boston”. Most of all he loved and cherished his family. He leaves his sister Donna Hegan of Lynnfield, his brother Mike Hegan and his wife Maryanne of Wakefield, his nephew Brian Hegan and his wife Aimee and their children Brooklyn, Brady and Aiden of Pelham, NH, and his niece Michelle Hegan Mahn and her son Peyton of Lynn. He is also survived by many loving cousins and many friends. Visiting hours will be held on Thursday, August 4th from 4PM to 8PM in St. Mary’s Church, 8 South Common Street, Lynn. His funeral Mass will be held in St. Mary’s Church on Friday, August 5th at 10AM, followed by burial in St. Joseph’s Cemetery. In lieu of flowers, donations in his memory may be made to a charity of one’s choice.
VOIR PLUS VOIR MOINS