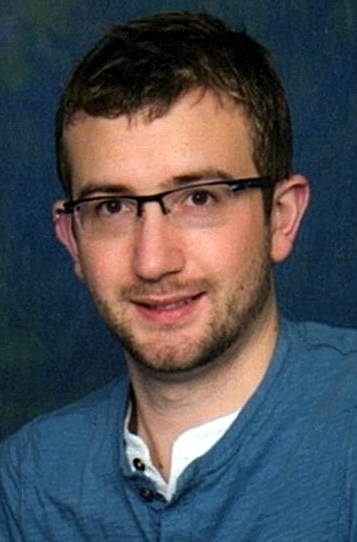 Jason Alan Bryans, 31, of San Francisco, entered immortality on April 19, 2016, at his home in San Francisco, CA. Jason was born in Mason, MI, in 1984. He graduated from Mason High School in 2003 and attended Michigan State University in East Lansing, where he pursued a degree in Computer Engineering. In 2006, Jason moved to California to continue his education at San Jose State University. He interned at Google, and became a Wi-Fi engineer at Apple in Cupertino, earning several awards and advanced certifications while there. Jason lived most of his adult-life in San Francisco and was very active with and admired by a large circle of friends, who cherished his generosity, thoughtfulness, and biting wit. He greatly enjoyed musical theater, soldering, and scuba diving; loved Halloween and Christmas; and could name a rollercoaster manufacturer just by looking at the rails. He leaves behind a legacy of love and caring, and a hole in the hearts of those who were honored to know him. Jason is survived by his parents, Robert and Nancy, of Mason, MI; his brother Danton and Danton's fiancée, Cara, of Indiana; grandparents, Robert and Marilyn, of Hastings, MI; Aunt Moe and Uncle Doug of Grand Ledge, MI; former partner, Troy, of San Francisco, CA; and a large and loving host of extended family and friends scattered around the country and the world. A visitation will be held at the Gorsline Runciman Funeral Home in Mason, Michigan, on Sunday, May 1st, from 2 pm-4 pm and 6 pm-8 pm with rosary at 7 pm. His funeral mass will be Monday, May 2nd, at 11:00 am (with visitation from 10 am-11 am) at St. Thomas Aquinas Catholic Church in East Lansing, Michigan. A luncheon will follow the mass held in Fr. Mac Hall. A Memorial Service is also being planned in San Francisco, CA (exact date and location TBD). The “Jason Bryans Life Celebration Fund” has been created for scholarships in Jason's name, and LGBT, music theater, and other groups in celebration of Jason's life and loves. Details on contributing and fund beneficiaries can be found at goo.gl/mxvbx8. “You always said how lucky you were that we were all friends. But it was us, baby, who were the lucky ones.” -RENT
VOIR PLUS VOIR MOINS