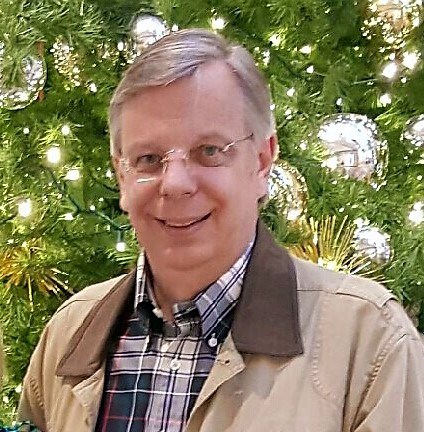 Brian Edward Wrobel passed away on Wednesday, August 17, 2022 at the age of 69. He was born on August 12, 1953 in New York, New York. Brian received his Bachelor Degree from State University of New York at Plattsburgh and received his Juris Doctorate Degree from Loyola University of Law. He was a member of Munholland United Methodist Church. Brian spent many years working as a landman in the oil and gas industry with many colleagues in the New Orleans and Houston areas, which he enjoyed very much. He also enjoyed listening to music, attending concerts, gardening, raising monarch butterflies and spending time with family. Brian was preceded in death by his parents Mildred and Paul Wrobel. Brian is survived by his beloved wife of 42 years, Barbara Schultz Wrobel; his loving son, Jason Wrobel; his brothers, Alan Wrobel (Barbara) and Ken Wrobel, and numerous adoring nieces and nephews. Relatives and friends are invited to attend the visitation on Thursday, September 1, 2022 at 10:00 a.m., immediately followed by an 11:00 a.m. service in the chapel of Lake Lawn Metairie Funeral Home at 5100 Pontchartrain Blvd. New Orleans, Louisiana 70124. Interment will take place in Austin, Texas at a later date. In lieu flowers, donations may be made to Munholland United Methodist Church at munhollandchurch.org or Zeus Rescues at zeusrescues.org The family invites you to share fond memories and condolences online at www.lakelawnmetairie.com
VOIR PLUS VOIR MOINS