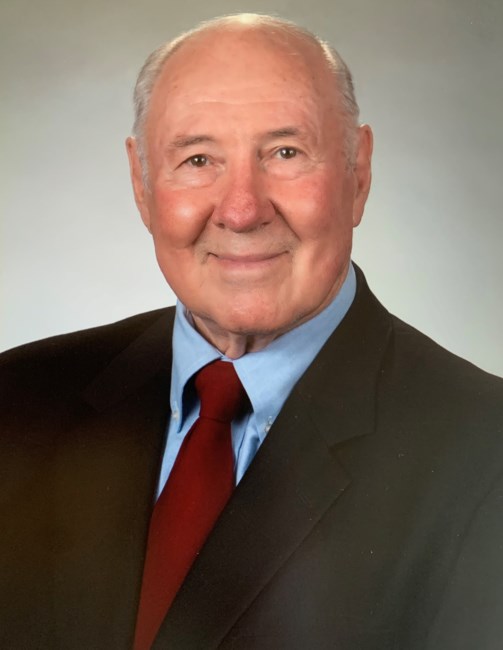 Robert Bryan Deane, a maritime attorney, passed away peacefully in his home on May 1, 2020, after falling victim to the Covid-19 Virus. Bob was born in New Orleans on April 26, 1929. He was preceded in death by his parents, Bryan Baily Deane and Lillian Hufft Deane, and his brother, David Louis Deane. Bob attended Louisiana State University and Law School where was a Moot Court finalist, a member of the Moot Court Board and a member of Phi Delta Phi. He received a Bachelor of Laws degree in 1953 and a Juris Doctor degree in 1964. He served as an officer in the U.S. Infantry from 1953 to 1955. Bob practiced law with Chaffe McCall from 1959 until his retirement in 2001. His practice of 50 years consisted primarily of admiralty, insurance, and casualty litigation. He served on Chaffe McCall’s Management Committee, and as head of the firm’s Admiralty Section. Bob was a member of the New Orleans, Louisiana State, Federal 5th and 11th Circuits, and U.S. Supreme Court Bars, and the American Bar Association. He was a Proctor in the Maritime Law Association of the United States, where he served on the Law of the Sea Committee and the Carriage of Goods by Sea Committee. Bob was an associate member of the Association of Average Adjusters of London and the American Arbitration Association. A lover of the water, Bob spent much of his time on his sailboat on Lake Pontchartrain or bare boating in the British Virgin Islands. His passion for travel, shared with his wife Linda, brought him around the world; just eight weeks ago he was on safari in Africa. A life-long musician and collector of instruments, he spent many years playing the banjo and harmonica with the New Orleans Banjos Plus Two. He was a member of the Southern Yacht Club, a former member of the Pickwick Club as well as several carnival organizations. Bob is survived by this wife of 39 year, Linda Laborde Deane, and his three children, Diane Deane Smith (Douglas), Robert Bryan Deane, Jr. (Megan) and Keith Laborde Deane, as well as grandchildren, Deane Fraser, Madelyn Smith Owens (Joseph), Spencer Smith, Kinsey Deane, Lillian Deane, Robert Bryan Deane III, and two great grandchildren. A private graveside service will be held in Metairie Cemetery in New Orleans. In lieu of flowers please send a donation in Bob’s memory to Covenant House New Orleans or the charity of your choice. To view and sign the guest book, please visit www.lakelawnmetairie.com