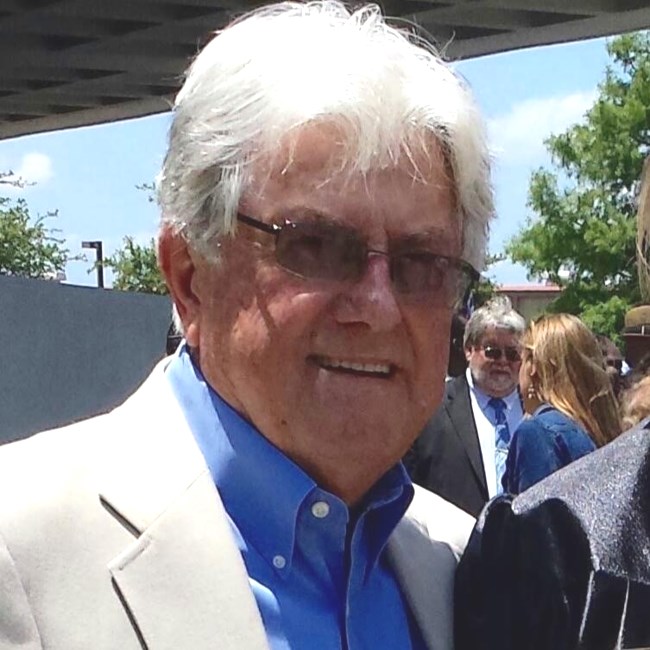 Van “Vanny” Louis Hoffmann, age 87, passed away peacefully on May 4th, 2022, surrounded by his loving wife and family. A native of New Orleans, LA. He was born January 15, 1935 to the late Grace Brandon Hoffmann and Edward Adolph Hoffmann. He has been married to Claire Gourgues Hoffmann for 65 wonderful years. Van had a lifelong love for baseball handed down from generations of talented athletes including his brother, Butsie, but especially his Father, Edward “Dutch” Hoffmann, who played Major League Baseball as the 3rd baseman for the Cleveland Indians. He was noted for hitting the longest home run in Pelican Stadium in New Orleans. Van attended Crossman Grammar School. As a young boy, he worked at Pelican Stadium selling scorecards and Taffy from the Roman Candy Wagon. He was a graduate of Warren Eastern High School where he played basketball and varsity baseball as a pitcher. He also played baseball for NORD becoming All American League Champ in 1953. He then moved on to Johnstown, PA Legion Baseball where “Hoffmann Saves the Day” pitching and winning the championship game. After his baseball career, he went on to coach boys baseball and girls softball. Van was also a big fan of horseracing and football. He worked for Southern Flow Measurement Company for 40 years eventually being promoted to District Manager of the Belle Chasse Branch. His employees thought of him as a compassionate, incredible, strong-willed person to work for who believed in the “little guy”. He was a mentor to many who were just beginning their careers at Southern Flow. He also owned and operated an Income Tax Service for 64 years. For the last 3 years he has been serving as the President of (LSIA) Louisiana Society of Independent Accountants for the New Orleans Metro Chapter. He was a member of the Knights of Columbus of Our Lady of Perpetual Help in Belle Chasse, LA. Van was preceded in death by his parents, Grace Brandon Hoffmann and Edward Adolph Hoffmann; his sister, Ethelinda Hoffmann Bacino (Luke Bacino, Sr); and his brother, Edward (Butsie) Hoffmann (Elizabeth). He is survived by his wife, Claire Gourgues Hoffmann; his daughters, Kathy Noland (Randy) and Cindy Boyer (Chris); his grandchildren, Brittani Keegan (Thomas, IV), Christopher Boyer, and Randi Campos (Nick); and his great grandchildren, Thomas Keegan, V, Nolan Keegan, Jett Campos and Baby Keegan; his brother-in-law, Henry Gourgues (Judy), and numerous nieces and nephews whom he loved dearly. Van was a Christian man, who touched so many lives. He was very generous and loved to do for others. He was respected by many and loved by all. He was a wonderful husband and a great father, father-In-law, gramps, uncle, brother, leader, coach, role model and mentor. He will be sadly missed by all. The family would like to give a special thanks to Fr. Kyle of Our Lady of Perpetual Help in Belle Chasse for prayers, last rites and the final Mass. Relatives and friends are invited to attend a Catholic Funeral Mass at Lake Lawn Metairie Funeral Home, 5100 Pontchartrain Blvd, New Orleans, LA. Visitation will be held from 9:00 am – 11:30 am on Wednesday, May 11, 2022 with Mass following at Noon. Burial to follow at Lake Lawn Park Mausoleum.
VOIR PLUS VOIR MOINS