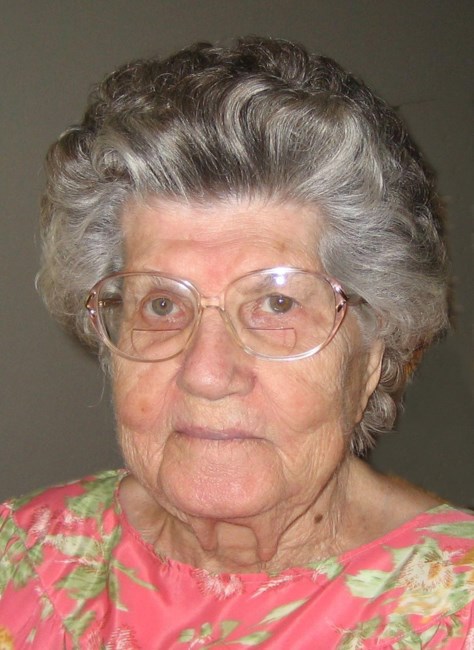 Evelyn Jelly, 92, passed away on December 7, 2017. She was born on February 13, 1925 to Bonnie William Vaughn and Hattie Kramer in Corsicana, TX. She was a resident of Texas most of her life, and graduated from Garwood High School and Houston Vocational School. At 19, she married her Angel, Louis I. Jelly, and they enjoyed 56 years together before his death in 2000. She was a stay-at-home mother to five children; David (Cindy) Jelly of Baytown, TX; Linda (Claude) Ashby of Roy, UT; Madaline Pettyjohn Yazell of Albuquerque, NM; Margaret (Robert) Smith of Pocatello, ID; and Kathy (David) Slauson of Lyons, CO.

Evelyn was a member of the Church of Jesus Christ of Latter-day Saints and served faithfully in many callings including Relief Society President, Seminary Teacher, and Director of the Baytown Ward Family History Center. She was an avid reader, who enjoyed sewing, and handwork. Genealogy was her lifelong passion. She wrote ten family history books including her own biography. Later in life she spent ten years near Madaline in Albuquerque at Mesa Hills making friends and red riding hood dolls. As she needed more care, David and Cindy opened their home to her. Most recently she lived at Baytown Nursing Rehab Center.

Evelyn is survived by three of her eight siblings, Celestia Montrose of Orem, UT; Bea Gustin of Vernal UT; and Gordon Vaughn of Silsbee, TX.