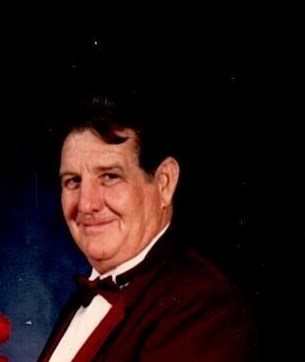 Thestal Don Findley was born on May 11, 1934 at Tijeras Mines in San Miguel County, New Mexico to Elza Eugene and Lois Dean Robertson. Elza was cutting logs for the camp and Lois was cooking for the men. They moved to Albuquerque when the mines closed and then went to Atrisco where the family had a service station. He pumped his first gas and accepted Jesus into his heart when he was eleven. He played football for the Bulldogs completing his classwork in January. He joined the Special Forces and made his final jump behind enemy lines into North Korea. He returned to Albuquerque and joined the Air Force in the strategic air command, he was in the Ninth Bomb Wing stationed at Mountain Home Idaho. The plane he was in was shot down over Libya where he was in control of the camera pods. After his four years he came back to work in the service station and joined the union carpentry. He was very proud of achieving the rank of Royal Ambassador. He won the speaker’s contest for the state and represented New Mexico at Ridgecrest Baptist Assembly. As a carpenter he worked in places such as Colorado, California, and Venezuela where he smuggled in Bibles. He completed his career in Texas. In 1967 he joined First Baptist Church Houston where he met Martha Reitch and they were married on June 28, 1968. To this union came William Louis (Will), Clinton Lee (Clint), and Martha Evaline, and only grandchild Liam James Findley. Don is survived by sister Rita Stone, brothers Clint, Garry, Harold, and Jimmy. He will be held in loving memory. Some of the last words he said were, “We’ve had a good life.” A visitation for Thestal will be held Tuesday, August 9, 2022 from 2:00 PM to 3:00 PM at First Baptist Church - Pasadena, 7500 Fairmont Parkway, Pasadena, Texas 77505, followed by a celebration of life at 3:00 PM. Fond memories and expressions of sympathy may be shared at www.grandviewfunerals.com for the Findley family.
VOIR PLUS VOIR MOINS