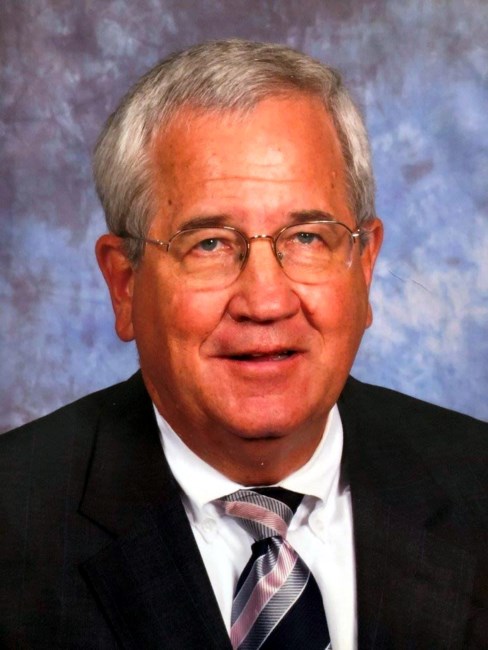 Stephen Robert (Steve) Salisbury passed away peacefully on April 29, 2021 after a long and courageous battle with Parkinson’s disease. Steve was born on September 17, 1942 in Indianapolis, Indiana to the late Robert A. Salisbury and the late Dorothy P. Salisbury. He is survived by his Duke sweetheart and wife of 55 years Ann Rogers Salisbury and children Jeff (Kristin), Becky, Tyler (Carrie) and his grandchildren Katie, Rob, Maggie, Brett and Caroline. He is also survived by his sister Joyce Cook (Cliff), and sisters-in-law Linda Haines (Stan) and Julia Hamrick (Rick). Steve graduated from Collingswood High School in Collingswood, NJ before attending Duke University where he was a letterman on the basketball team, met the love of his life, and developed a particular aversion to the Tar Heels. He went on to earn a law degree from the University of Pennsylvania where, upon receiving it, realized what lawyers actually did and went on to a long and very successful career in banking. Over the course of his career, he worked for a number of different banks in Raleigh and Charlotte but always returned to his true calling of community banking, where he forged many lifelong business relationships and friendships. Steve was a wonderful man who will be remembered most for being honest, reliable, funny, kind and generous. His servant’s heart led to a lifetime of volunteer work and leadership positions with organizations such as the Raleigh Little Theater, Urban Ministries of Wake County, Special Olympics, Wake County Mental Health Board, North Raleigh United Methodist Church, and CASA (which named the Salisbury Apartments for previously homeless people in his honor). He taught Sunday School for many years and helped raise funds for the United Way, Walk for Hope and Transitions LifeCare. Other than golf, Steve was a great athlete. He pitched a perfect game in Little League, is a member of the Collingswood High School Tennis Hall of Fame, and played basketball for his beloved Duke Blue Devils. He was also a lifelong lover of dogs, and never met a rescue pup he didn’t like. He kept a large barrel of milk bones at the ready in his garage for any neighborhood dog who happened to wander by. He enjoyed spending summers at his family cottage on Lake Michigan where he was a fixture on the porch, claiming he was “keeping an eye on Wisconsin”, and he loved keeping up with his grandchildren’s many activities. Steve was an enthusiastic participant in all holidays, and nowhere was that more evident than perhaps his favorite holiday of April Fools’ Day. His sharp and well-known sense of humor was both much anticipated and much feared by his children and friends on April 1 each year. Steve’s family and friends take comfort in knowing that he is in a better place, and will continue to feel his love forever. In lieu of flowers, donations may be made to CASA (624 W. Jones St., Raleigh, NC 27603) and Transitions LifeCare (250 Hospice Circle, Raleigh, NC 27607). A visitation will be held at Brown-Wynne Funeral Home, 1701 E. Millbrook Rd on Saturday, May 22, 2021 at 3:00pm. A private memorial service at 3:00pm on Sunday May 23, 2021 will be livestreamed via www.Facebook.com/BrownWynneMillbrook
VOIR PLUS VOIR MOINS