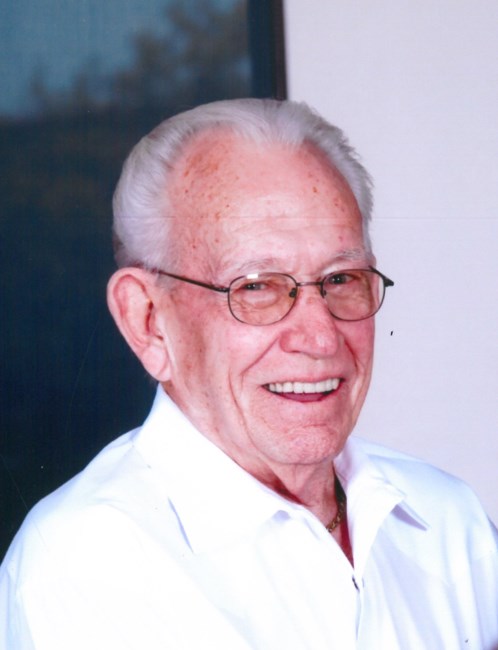 Leo “Charles” Altenhofel was born March 21, 1934, to Leo and Mary (Wilhelm) Altenhofel, in Foss, OK. He passed away Thursday, September 15, 2022, at the Concordia Life Plan Community at the age of 88. He grew up in western Oklahoma, where he attended both Butler and Canute schools. He was drafted and joined the U.S. Army serving his country until he was Honorably Discharged. Charles spent most of his adult life working as a sales rep. in the steel industry in the Bakersfield, CA area. In his spare time, he enjoyed carpentry and developed a love of remodeling homes. Charles loved to fish and play cards. He was rather competitive in dominoes, too. He was a member of the Epiphany of the Lord Catholic Church in Oklahoma City. Survivors include his wife, Nathlyn Altenhofel, two sons Leo “Sonny” Charles Altenhofel II, of Oildale, CA; Kevin Altenhofel (Jennifer) of Bakersfield, CA; step-daughter Jody Runyan (William), Jeff Bailey (Karen), Carl Bailey (Brenda), seven grandchildren, 15 great-grandchildren, a sister-in-law, Darla Bierig (Dennis), brother-in-law Tom Powell (Denise) and many nieces and nephews. He was preceded in death by his parents, two sisters Elizabeth Bessler and Agnes Lax, and two brothers Louis Altenhofel and Albert Altenhofel.
VOIR PLUS VOIR MOINS