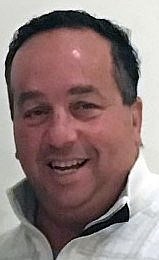 Michael J.LaPorte, 59, loving father and husband left this world suddenly on Sunday October 17, 2021. Michael grew up in Southington CT, and was a graduate of Southington High School class of 1980.

He received his bachelor of business administration degree from Eastern Connecticut State University in 1984. He was the soccer team captain in high school and a member of the soccer team in college. He pursued a career as a sales account manager of Ashland Chemical Company and Quest Diagnostics for several years. Michael found his passion as a construction sales manager at CWPM, LLC for over ten years. He grew numerous personal and business relationships through his work. He recently became a member of the USA Hauling and Recycling family as a part of the contractor sales team where he continued to grow his territory. Michael (The Mick) spent many years coaching and umpiring in the Farmington Youth Baseball League as well as Farmington Youth Soccer League. He spent countless hours fundraising and participating in the booster clubs of his children’s high school sports. His infectious smile, laugh, encouragement, and kindness will be missed by all of the youth and adults he has encountered throughout his life. He leaves behind his loving wife Lisa Marie of 35 years and his four adoring children. Alyssa LaPorte and her husband Joshua Liskiewicz of Hamden, CT. Chelsea LaPorte (Devin Andrews) of Portland, CT. Brenden LaPorte (Nicole Fortuna) of Hooksett, NH and Owen LaPorte (Olivia Norton) of Farmington, CT. His children were the light of his life and number one priority including his “bonus” son Carson Helms of Philadelphia, PA. Michael will also be missed by his fur babies: Parker, Brady, Izzy, Gunner, and Oaklee who will miss his undying love, play time and all of his leftover plates. He was also survived by his parents Joseph and Dolores LaPorte, mother-in-law Carol D’Agostino, and brother-in-law James Palumbo all of Southington, CT. He was predeceased by his father-in-law Arthur P. D’Agostino and sister-in-law Tina L. Fresa. He leaves behind several Aunts, Uncles, cousins, nieces, nephews as well as countless friends and customers that he considered family. Michael had a great love for the sun, ocean and sand. He visited numerous Caribbean islands over the years with his wife and children, The Cayman Islands being his absolute favorite. He enjoyed many sports games, food, and conversations with his buddies at Ray’s Cigar Shop in Berlin, CT. Michael was an avid grill master at many sporting, family and professional events. He always had a story to tell or conversation to have with anyone who crossed his path and people always left with a smile after meeting him. He will be in our hearts forever and his spirit will never leave us for the rest of our lives.

A Mass of Christian burial will be held on Saturday, October 23, 2021 at 10 a.m. at St. Dominic Church, 1050 Flanders Rd., Southington. Calling hours will be Friday from 3-7 p.m. at the DellaVecchia Funeral Home, 211 N. Main St., Southington. For online condolences and directions please visit, www.dellavecchiasouthington.com

Memorial donations may be made to: Plainville Arc. P.O Box 15, 28 East Maple St, Plainville, CT 06062, where Michael played Santa to individuals with developmental disabilities for many years.