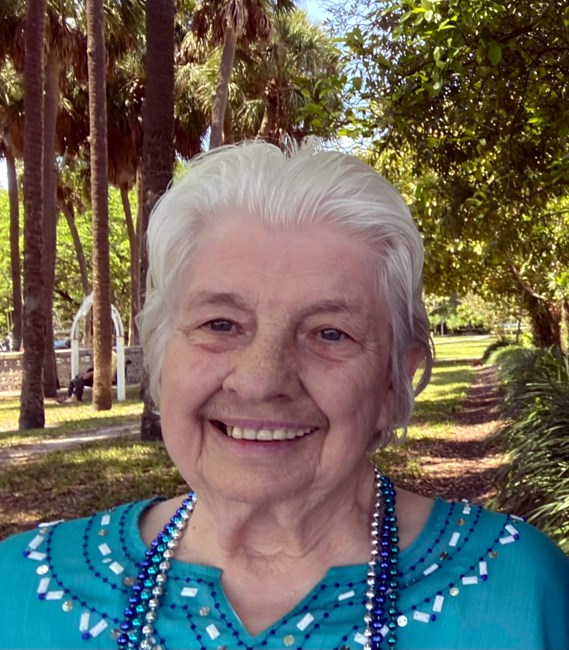 Elsie Grace Farkas, born 12/12/1934; passed away 7/29/2022. Known to everyone as Grace, she was born and grew up in New Brunswick, New Jersey. Because she entered public school speaking only Hungarian, she skipped kindergarten and went straight to first grade, where there was a teacher willing to teach her English. In 1954 she married her husband Stephen. Her early work included working for a bakery (where she sampled many of the eclairs) and working as a night telephone operator (where she often fell asleep, never acclimating to the night shift). Grace and Stephen moved to Milltown, New Jersey and raised 2 children, Stephanie and Daniel. While raising her children, Grace completed a bachelor’s degree from Rutgers University. Her career included time as a public school substitute as well as several positions with New Jersey Bell. Grace and Stephen enjoyed their lives together both at home and while traveling the world. They especially enjoyed going to Atlantic City. They were active members of the New Brunswick Presbyterian Church. They celebrated 65 years of marriage together before Stephen’s passing in 2020. In 2021 Grace moved to Tampa, Florida to be near her family. She is survived by son Daniel, daughter Stephanie and her husband Ned, grandson Ben, grandson Stephen and his wife Laura, great-grandsons Samuel and Luca, sister Margaret, brother James and his wife Marsha, sister-in-law Ellen, and many nieces and nephews who loved their Aunt Grace. Services will be private. Donations in Grace’s memory can be made to the Cure Alzheimer’s Fund (https://curealz.org).
VOIR PLUS VOIR MOINS