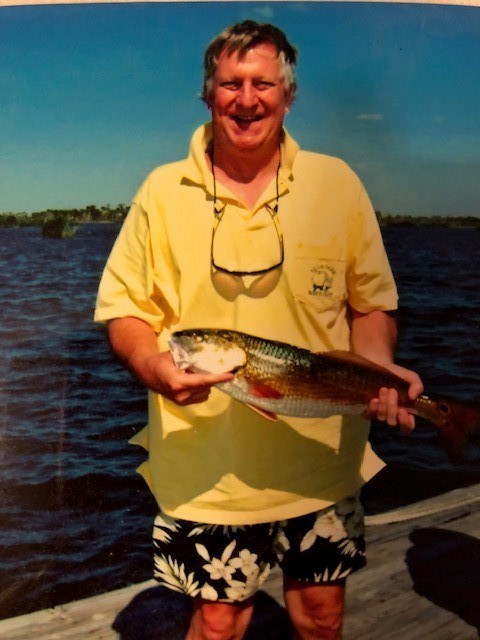 George Herbert Meyer, 74, died August 17, 2021. I was born on August 23, 1946, in Bloomington, Indiana, and reared in Gainesville, Florida, the youngest and only son of three children by a mathematician (H.A. Meyer) and a linguist (Margaret Bloom MacGregor). After P.K. Yonge I earned two journalism degrees (Florida BSJ '67; Iowa MA '69); Sigma Delta Chi, Phi Delta Theta, Army 2LT. Started as a Jacksonville sportswriter. Writer-producer for PBS; wrote for The Associated Press in Miami; and gave advice to Gannett in Ithaca, NY. Taught newspapering at four universities (9 years at USF); reviewed books and movies for dailies in Sarasota and Tampa until both papers sold; wrote two novels; began the USF Meyer Writing Award for nonfiction; and helped start the neighborhood rejuvenations of Hyde Park in the 70’s-80’s and Palmetto Beach after 2000. I snorkeled the Bay of Pigs, sipped Moet with starlets at Cannes and shared raindrops with penguins in South Australia. After "retiring" I helped Boy Scouts and led tours at the Henry Plant Museum. Three-term president of the Hyde Park Men's Club. Co-founder Florida Film Critics Circle. Life-long liberal Democrat. Loyal Florida Gator alumnus, along with my two children. I visited capitals on three continents and married three times (thanks, Sheila and Betty). Made and almost spent two fortunes and died poolside in Palma Ceia of congestive heart failure, predeceased by my sisters Marilyn Freeman, of Gulf Breeze, and Carol Keener, of Cincinnati. I am survived by my gracious widow Mary Frances Meyer, her daughter Maggie Nguyen and son Jim Ellwanger (of Los Angeles); my stepson Jerry Hixon (of Jacksonville); son H. MacGregor Meyer (Kristen) and his two children Lane Meyer and Bloom Meyer; daughter Laura Meyer; and my almost-granddaughter Avery Nguyen, all of Tampa. Given a choice between success in a job, a career, or a life, I chose life. It was a hell of a good time. If you show up at the Press Box, first drinks are on me till my tab runs out. Try the wings. I have asked my family to scatter my ashes in my favorite place – the Gulf of Mexico.
VOIR PLUS VOIR MOINS