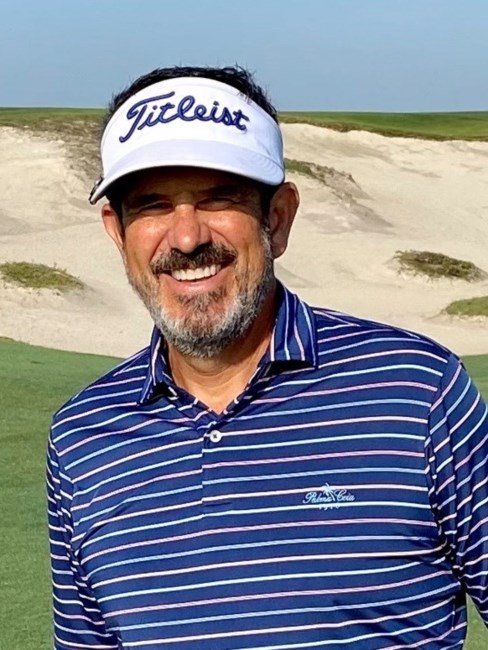 Jamie Atkinson passed away at the age of 60 in Tampa, Florida, on September 20, 2022, after a five-year courageous battle with cancer. He is survived by his wife of 31 years, Julie Mayson Atkinson; his beloved children, Dean Thomas Atkinson, Lillian Thrace Atkinson, and Mayson Hunt Atkinson; his parents Bobby Dean Atkinson and Tommy Sue Atkinson; his sisters Hope Atkinson MacMillan and Faith Atkinson Yelton, and his many nieces and nephews. Jamie was born in Gastonia, North Carolina on October 16th, 1961. He attended Hunter Huss High School followed by Western Carolina University, where he was a member of Theta Xi Fraternity. He began his impressive career in finance at EF Hutton in Atlanta, GA, later growing his career at NCNB Securities (Bank of America) in Raleigh, NC and Houston, TX. He then progressed to work with Alliance Capital in NY, Raymond James Financial Services and LCM Group in Tampa, Sentinel Investments in Vermont, and ended his career with Swan Global Investments where he grew and developed the national sales division. Jamie was not only devoted to his work but took a genuine interest in the lives of his colleagues. He embodied the spirit of a mentor and was a trusted advisor to so many in the industry. For Jamie, true success meant to see those around him succeed. Jamie was not only a beloved son, brother, husband, and father, but was truly “your best friend”. If you ask any of his buddies, each one claims him as their best friend. It was Jamie’s greatest gift to this world- the importance he placed on his relationships. He had a way of making people around him feel special. Whether it was advice about family or work, he was there for you. One thing that will never be forgotten was his laugh. It was infectious. His joke telling was legendary and what made it even better was he laughed as hard as his audience. Jamie was a devoted Christian and servant leader with First Presbyterian Church. He was also a charter member of the Modern-Day Knight’s bible study in South Tampa. He was a member of Palma Ceia Country Club where he was often found on the golf course laughing with his many friends. He was the best chipper around the greens that club has ever seen. Each January, you could find him parading down the Bayshore with the men of Ye Mystic Krewe of Gasparilla. DUE TO THE HURRICANE, SERVICES HAVE BEEN RESCHEDULED FOR TUESDAY OCTOBER 4, 2022 AT 1:00 P.M. IN THE PALMA CEIA PRESBYTERIAN CHURCH 3501 W. SAN JOSE ST. TAMPA, FLORIDA. For those who are unable to attend, the service will live streamed at palmaceia.org/videos. In Lieu of flowers, memorial contributions can be made to the Moffitt Cancer Center Foundation, supporting multiple myeloma research, in the name of Jamie Atkinson. Donations can be made by mailing a check to Moffitt Cancer Center Foundation, MBC-FOU, 12902 Magnolia Drive, Tampa, FL 33612; online at give.moffitt.org or by calling 1-800-456-3434 ext. 1403. Jamie will be deeply missed by his family and many, many friends. As Jamie remained positive throughout his life and this battle, he would want to be remembered with love, laughter and a really good joke!
VOIR PLUS VOIR MOINS