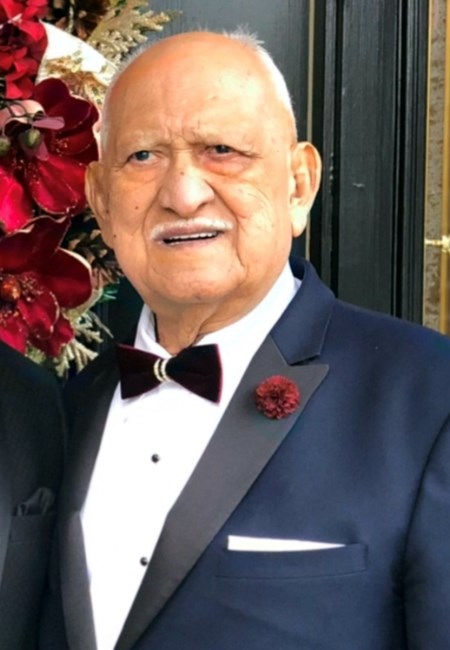 Berkeley - Victor M. Cruz, Sr. passed away on Tuesday, May 10, 2022 at his home in Toms River. He was 91. Born in Manati, Puerto Rico, he resided in the Bronx before settling in New Jersey 22 years ago with homes in both Brick and Toms River. Prior to retiring, Victor was the Head of Transportation at Chemical Bank, NYC. After retiring, he landed his dream job as head of security for Yankee Stadium from 1990 to 2000. One of the many perks were attending the 1996, 1998, 1999, and 2000 World Series games with his family. His love for baseball was second to his love for his family, he will be deeply missed. He is finally at peace with his son Michael, Abuelo Abuela, Tio Raymond, Tio Fey, Titi Bule, Titi Rosa, Titi Ana, Titi Carmelin, Titi Iris and other family members. Surviving are his loving wife of 63 years, Alicia; son, Victor and his wife Liz; his daughter, Michelle Torres; his grandchildren: Erik, Daniel, Brandon, Megan, Destinee, and Janiece; his great-grandchildren: Erik Steven, Jacob, Jordanna, and Nova; and his sister Isabel. A visitation will be held on Sunday, May 15, 2022 from 4-8PM at Quinn-Hopping Funeral Home, 26 Mule Road, Toms River, NJ. A Mass of Christian burial will be held on Monday, May 16, 2022 at 10AM at St. Maximilian Kolbe Church, Berkeley. Entombment will immediately follow at St. Maximilian Kolbe Mausoleum.
VOIR PLUS VOIR MOINS