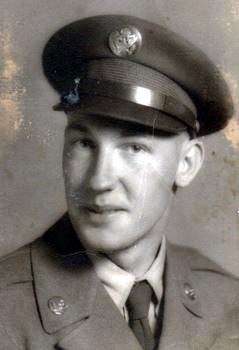 George B. Morris, Jr. Age 92 Truro lost an “Old Salt” with the passing of George B. Morris, Jr., on August 3, 2022. George was the son of the late George B. Morris, Sr., and Marion (Morton) Morris. He was predeceased by his loving wife, Betty Ann (Watts) Morris. They had been married for 62 years. We know that George and Betty are happily together again, in the afterlife. His sisters Doris Davis and Josie Davis predeceased George. Always at the ready to help his customers, family, and community, when in need, George gave his all. He made selfless contributions to his country and his hometown of Truro. He served in the US Army during the Korean Conflict, as a member of the Red Devil Squadron, earning the Korean Service Medal with 3 Bronze Stars, the UN Service Medal, and the National Defense Service Medal. He served the Town of Truro on the Planning Board, Finance Committee, and Recreation Committee, on which he was pivotal on initiating the town’s long tradition of the Halloween Hay Ride. George was a volunteer Fire Fighter for the Truro Fire Department, as well as serving as an Auxiliary Police Officer for the Truro Police Department. George was always a worker. In his youth, he worked on growing and gathering vegetables from his family’s three gardens. In a wooden wagon, he and his brother, would haul the veggies, chickens, and eggs around town, and barter them for whatever the family needed. He went on to work packing fish, at the Cold Storage fish packing facility, for 65 cents per hour. George worked on the MA. Highway Department and was a carpenter for a period. He was the Sole Proprietor of George B. Morris Excavation. Later in life, he worked for John F. Noons, Inc. George was a fishing enthusiast, spending as much time as he could fishing with his wife, Betty, and his family, on the FV Betty Ann, out of the Pamet Harbor. In his younger years, he could often be found rabbit hunting with his Beagle, “Peggy” and his father, as they strove to procure their family’s evening meal. He often spoke of the fun he had riding out on the Provincelands dunes in his 1929 Model A Ford. He loved the many Morris Family get-togethers, and taking his grandchildren for rides on his heavy machines, as he excavated. George had a penchant for everything “History” relating to the Town of Truro. He collected Old Town Reports and pictures of “The way Truro used to look in the good old days,” with dirt roads, horses and buggies, and a railroad. In 2018, George was honored by the Truro Historical Society, inducted as a “Truro Living Legend.” Through the years, he has donated many historical documents and artifacts to the Society, so they could be shared with the greater community. George is survived by his siblings; Gregory M. Morris, Peter Morris, and Suzanne Woods. He leaves behind his children Paul A. Morris (Dot Morris), Glenn “Buzzy” Morris (Louise Morris), Pamela A. (Morris) Ferreira (Thomas Ferreira), George “Barry” Morris (Amanda Morris), and Keith M. Morris (Kathy Morris). He is survived by nine grandchildren; Joshua Morris, Heather Townsend, Christopher Morris, Nicholas Morris, Angie Osborne, Teri Ferreira, Jenna Seaton, Jake Morris, and Julia Morris. George also leaves behind eleven great grandchildren, and many nieces and nephews. A Funeral Mass celebrating George’s life will be held on Wednesday, August 10, 2022, 10AM, at Our Lady of Lourdes Church, Rte. 6, Wellfleet, MA., followed by interment at Sacred Heart Cemetery, in Truro. In lieu of flowers, donations may be made in George’s memory, to the Truro Rescue Squad, 344 Route 6, Truro, MA. 02666. Fond memories and expressions of sympathy may be shared at www.nickersonfhwellfleet.com for the Morris family.
VOIR PLUS VOIR MOINS